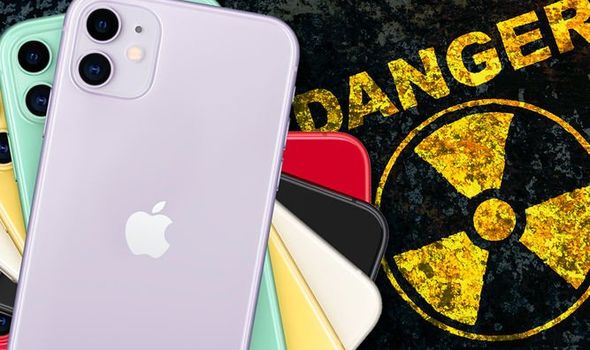 iPhone users must dive into the settings menu and update to the latest release of iOS without delay, that’s the latest warning from Apple. The US company has released an update for its smartphones that is designed to block a serious security flaw that could allow hackers to gain access to your iPhone via the popular iMessage service.

Anyone with the right knowledge could craft a specially designed PDF which could then these popular devices open to attack. The glitch was found by researchers at the University of Toronto’s Citizen Lab, who confirmed they tracked down the zero-day zero-click exploit inside iMessage.

Zero-day warnings are every gadget owners worst nightmare. That’s because zero-day means it’s possible – and highly likely – the issue is known to hackers and is being actively exploited right now. That’s why Apple has rushed to release the patch so quickly.

In the notes shared with its latest iOS 14.8 release, Apple says: “This update provides important security updates and is recommended for all users.”

And in a blog post the company added: “Apple is aware of a report that this issue may have been actively exploited.”

Although it sounds hugely worrying, it seems that hackers haven’t tried to strike a large number of users with the attacks thought to be highly targeted.

However, if you do have an iPhone in your pocket then it’s wise to head to Settings > General > Software Update and tap to download the latest patch.

Speaking about the issue Jake Moore, Cybersecurity Specialist at ESET, said :“iPhones are constantly targeted in experimental, laboratory condition attacks and with enough money and time behind each attempt, it’s then a race against time for Apple to patch before the flaw is properly exploited. These rare but powerful hacks can be extremely intrusive and those targeted will be left with little they can do to stop them.

“The importance of regularly updating devices has never been more greater, and each update must be taken seriously even if more than one has been pushed out in quick succession. These updates usually patch far more serious bugs than Apple make out.”

News of this bug could not have come at a worse time with Apple about to lift the lid on its next generation of devices. The firm is holding a major event tonight live from its HQ in Cupertino with rumours suggesting that a new iPhone 13 and Apple Watch Series 7 could be the stars of the show.