After seven years, the Microsoft Xbox and Sony PlayStation game consoles are getting big upgrades.

The companies are releasing their next-generation consoles just in time for the holiday shopping season. Microsoft will release two models on Tuesday: the Xbox Series X, the $500 version, and the Xbox Series S, its $300 lower-powered sibling. Sony will release its PlayStation 5, which comes in two models for $400 and $500, next Thursday.

So which one will you choose? There are many different types of gamers out there, so we — Brian X. Chen, a longtime PlayStation fan, and Mike Isaac, who grew up playing the Xbox — both tested the new consoles in our homes.

This review focuses on the new Xbox systems. Our review of the PlayStation 5 will follow this week.

BRIAN Hello, Mike. While the country has been tallying up votes for our next president, you and I have been playing video games to help our readers decide which new game console to vote for with their wallets.

For the last generation of consoles, PlayStation 4 was the must-have game device, with more than double the number of sales of the Xbox One. Now people are wondering if it’s the Xbox’s turn to win with its sleek, rectangular Series X and Series S.

What are your impressions so far?

MIKE For quite some time I was an Xbox loyalist. I remember back when I was in high school and the first Halo game came out. It was a must-play game, one of the best shooters of its time. Its success made owning an Xbox a priority.

Now, nearly 20 years later, I don’t have that same feeling with the Xbox Series X and Series S. There’s not an exclusive, Xbox-only game that I’m generally hyped up about, you know?

BRIAN Well, the new Halo game, called Halo Infinite, was supposed to be the big launch title to market these new Xbox systems. It’s a big disappointment that the director of the game stepped down and the project was delayed.

MIKE It’s a huge, noticeable absence, especially when you’re trying to launch a competing product to Sony — whose PlayStation 4 has dominated the market for the past seven years.

I’ll give it this: Hardware-wise, the Series X has many similarities to Sony’s new PlayStation. They both include solid-state drives, a storage technology that loads games faster than traditional spinning hard-disk drives.

BRIAN The new Xboxes and PlayStations also have graphics processors that support “ray tracing,” which is a complex graphics rendering process that makes lighting and shadows look more realistic. That in turn translates to much better graphics.

MIKE The Xbox controller retains the classic shape of what you’re used to with an Xbox, but it is trimmed down and sleeker — a match with the more elegant, minimalist design of the new Xbox models. 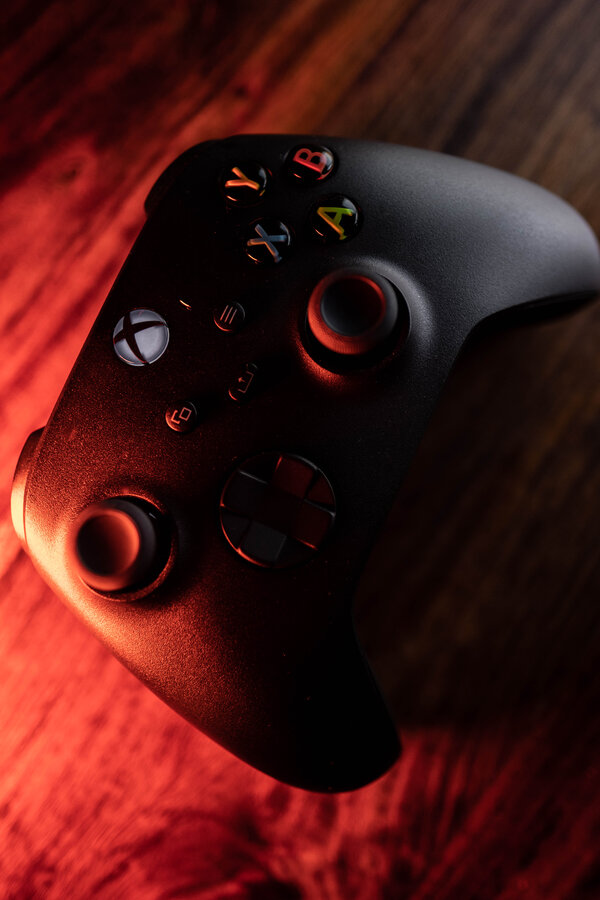 But here’s the thing: If the systems are on fairly level footing, technology-wise, it makes the game releases themselves that much more important.

BRIAN I agree. In terms of hardware features compared with the PlayStation, the Xbox is a tiny bit better. The Series X includes about 20 percent more storage for holding downloaded games than the PlayStation 5. The console is a compact tower that will be easier to fit into an entertainment center than the bulky PlayStation 5.

But that edge is negligible without killer games to play. For now, there isn’t anything all that compelling. Launch titles include Assassin’s Creed: Valhalla, Gears Tactics and Yakuza: Like a Dragon, among others. I tried a handful of launch games, and the graphics looked great and the console felt fast, but the games were not appealing to me.

The immediately attractive selling point of the Xbox is the Xbox Game Pass subscription service, which people call the Netflix of gaming. For $10 a month, you get access to dozens of games for current and past Xbox generations, and lots of these titles are excellent. Think Final Fantasy XV, Mass Effect, the Witcher 3 and more.

MIKE Yes, totally. So here’s where I think the Xbox has a real edge: I spent time cycling through just a fraction of the enormous Game Pass library, and it was like taking a stroll through fond memories of older Xbox games I loved, not to mention games that I meant to play but never found the time to.

BRIAN On top of that, the new Xboxes do a remarkable job making the graphics on older games look good on our modern high-definition televisions. Microsoft calls this Smart Delivery: If you buy a game for Xbox One but eventually upgrade to the Xbox Series X, Microsoft will automatically install the version optimized for the Series X.

MIKE Yep. I downloaded Batman: Arkham Knight last night as well as Fallout: New Vegas — two games I hadn’t thought about in years — and had a blast dipping back into them. I could immediately notice an uptick in graphic performance and definition in the Batman game, and the fighting wasn’t jerky or lagging because of poor processor performance.

It made me really consider Game Pass in a new light. Maybe I’d have access to a backlog of older titles, but they could feel newer, faster, better when run on a new piece of hardware like the Series X or Series S.

MIKE Here’s my question, though: If I’m throwing down anywhere from $300 to $500 on a next-gen console, am I doing that to go play through old games? Or am I thinking more about the games to come?

BRIAN Well, Microsoft told me in a statement that more great games, like Everwild and As Dusk Falls, are on the way. There just was no “wow” factor with this slate of launch titles thanks largely to the Halo postponement.

That said, now is a good time to bring up the differences between the cheaper Xbox and the pricier one.

Most notably, the $500 Series X has higher graphics performance; games can be played in 4K resolution. The $300 Series S can play games in a lower resolution (around 1080P); the cheaper console also has about half the storage of the Series X.

I could immediately tell the difference: I opened Gears 5, a shooter, on both consoles and switched between them on my TV. The graphics in Gears 5 on the Series X were definitely more crisp and detailed.

MIKE Right. I’m curious, though. Should we worry about the lower-priced model becoming technologically irrelevant within a couple years? Basically, have they given any indication that the Series S won’t be able to handle big, graphics-intensive games in the future?

BRIAN I asked Microsoft, and the company said it should be simple for game developers to scale the resolutions for both consoles because they share the same computing architecture.

You can see that Microsoft is aiming for a casual type of gamer with the Series S. Parents, for example, who are looking to save a few bucks and don’t care about having the greatest game tech, will probably get a Series S for their children and load it up with Game Pass titles. That’s a great value.

MIKE Yes, totally fair. And I think that segment of the market is real and important.

BRIAN But console launches set first impressions, and my early impression from this launch is that PlayStation will once again have most of the cool exclusives this generation. So game enthusiasts who choose one console might go for the PlayStation as opposed to the Series X.

MIKE I admit, I think you’ll be proven right.

BRIAN We’ll have more to say about the PlayStation this week — we’re forbidden by Sony from sharing our impressions of that console at this moment thanks to these weird agreements known as review embargoes.

MIKE Looking forward to it. Meanwhile, I’ll start counting the days till the next Halo game is released.