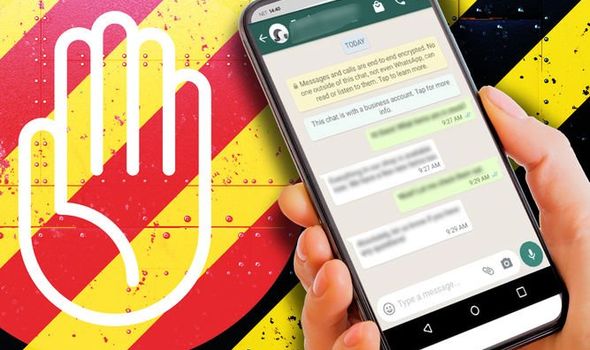 WhatsApp scams aren’t anything new with users constantly warned to be on high alert for messages that could put their personal details in danger. But the latest trick from cyber criminals has to be one of the worst yet. It seems that crooks are now using emotional blackmail in a bid to get WhatsApp fans to hand over large sums of money.

This ‘highly deceptive’ scam is currently being sent out across the UK with The Chartered Trading Standards Institute warning users to watch out for the shock new threat.

To highlight the problem one user named Alison, who was recently targeted, has given a full explanation of what happened to her in the hope others won’t get duped. The scam began with a message appearing on her phone that claimed to be from her son.

“Hi mum, I’ve dropped my phone down the loo (sad emoji) this is my new number,” the first message said.

Alison says she did what most parents would do and instantly replied asking if it was really her son – a message soon followed confirming that it was.

Then the next day, Alison’s ‘son’ messaged her asking for £2,600 and explained that he had got mixed up with loan sharks and needed to pay up. Alison says she didn’t doubt the message for a moment but tried to call her ‘son’ back on the number she’d been given to make sure things were OK.

Each time she made the call, a person on the other end kept saying they couldn’t speak and continually put pressure on her to make the payment quickly.

After becoming more concerned Alison then agreed to make the payment with the scammer handing over the alleged loan shark’s bank details.

Fortunately, Alison says she forgot to click the final payment confirmation and then became suspicious after the scammer asked for a picture to prove the payment had been made. It was a lucky escape and it’s a warning to all users to be on alert.

CTSI Lead Officer, Katherine Hart, who spoke on BBC Radio 4’s You and Yours programme to discuss this incident, said: “This is not the first time I have seen this type of message, which is highly deceptive. Scammers are experts at exploiting the emotional vulnerability of the public, and this is a particularly insidious example of it.

“When receiving a message out of the blue like this, always be suspicious and doubly so when money is involved. Alison did the right thing by trying to call the number to verify, but as we see, fraudsters are skilled at influencing quick action, and she almost lost money to it.

“Please always report suspicious texts by forwarding them to 7726 – a free service by Ofcom which enables authorities to analyse messages and build a full picture of this enormous problem.”

And CTSI Chief Executive, John Herriman, added: “This WhatsApp scam demonstrates that consumers have never been so instantly vulnerable. The Government and regulators must be prepared for the rapidly evolving threats presented by advancing communications technologies and techniques, and the trading standards profession plays a key role in developing that consumer protection framework.”

If you’re worried about any messages you receive then WhatsApp has full advice on how to avoid scams here.