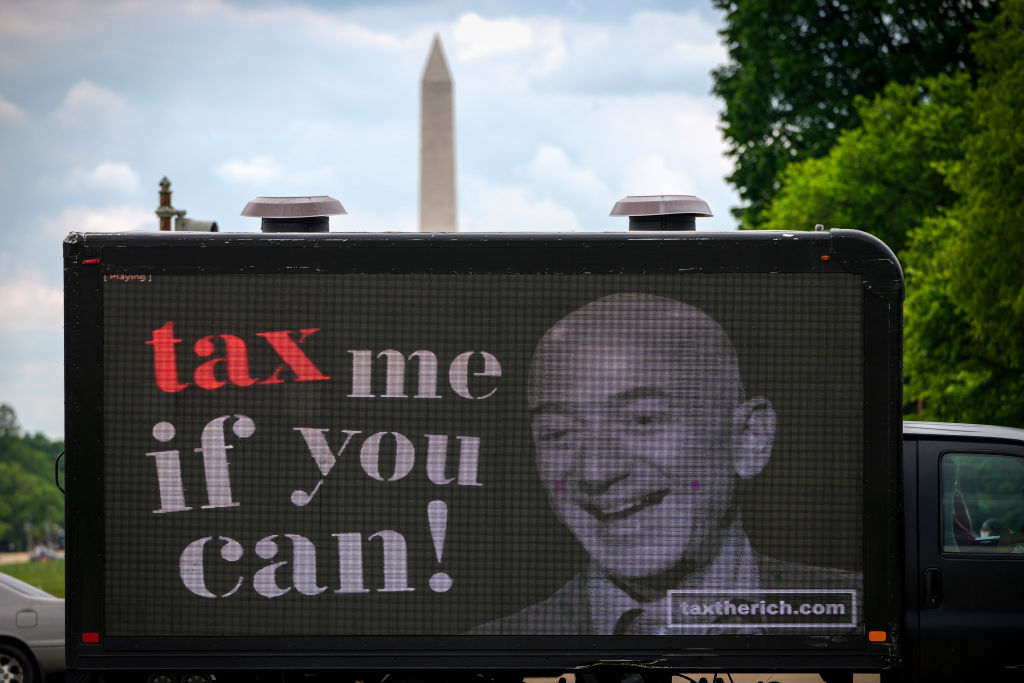 Not for profit journalism outfit ProPublica published its findings after obtaining Internal Revenue Service (IRS) reports from a whistleblower, which showed the collective wealth of the 25 richest Americans jumped by £283 billion between 2014 and 2018, after years of paying little income tax.

Over that four year period, the same group of wealthy Americans paid just £9.6 billion in income tax – just 3.4% of the overall increase in their wealth.

Though many have condemned the small amount of income tax as immoral, it was completely legal according to the American tax system.

Pressure has now mounted on President Joe Biden to introduce a wealth tax and reform the US tax system for its wealthiest residents.

Current tax avoidance measures include deductions for charitable donations or not taking a wage, and instead taking stock options and investment income.

The records also showed investor and left-wing activist George Soros, who made his money by betting against the Bank of England in 1992, paid no federal income tax for three years.

A spokesperson for Soros said this was because he had lost money on investments from 2016 to 2018 and so didn’t owe federal income tax.

Musk, who fired his PR department last year, responded to ProPublica’s request for comment with a single question mark.

The need for higher taxes and government revenue has been sparked by president Biden’s spending splurges, including a $2.3 trillion infrastructure program and trillions more spent on coronavirus relief funds.

Democrat senators like Bernie Sanders and Elizabeth Warren used ProPublica’s findings as evidence for a wealth tax, pressuring Joe Biden for stricter rules on taxes for the wealthiest Americans.

Warren tweeted on Tuesday: ‘Our tax system is rigged for billionaires who don’t make their fortunes through income, like working families do.

‘The evidence is abundantly clear: it is time for a #WealthTax in America to make the ultra-rich finally pay their fair share.’

Biden has previously ordered stricter tax evasion policies, after estimates emerged that the US loses around $120 billion a year from offshore tax dodgers.

A landmark global tax agreement was recently secured after some of the world’s wealthiest countries, the G7 group of democracies, including the US and Britain, agreed to support a global minimum corporate tax rate of 15% in order to deter multinational companies from avoiding taxes.