A short promo video released by the company shows Ameca seemingly ‘waking up’, looking at its hands and then towards the camera.

The 40 second clip has racked up well over 10 millions views online since Engineered Arts released it earlier this week.

The company describes it as the ‘world’s most advanced human shaped robot representing the forefront of human-robotics technology.’

‘The reason for making a robot that looks like a person is to interact with people. The human face is a very high bandwidth communication tool, and that’s why we built these expressive robots,’ Engineered Arts founder Will Jackson told Reuters. 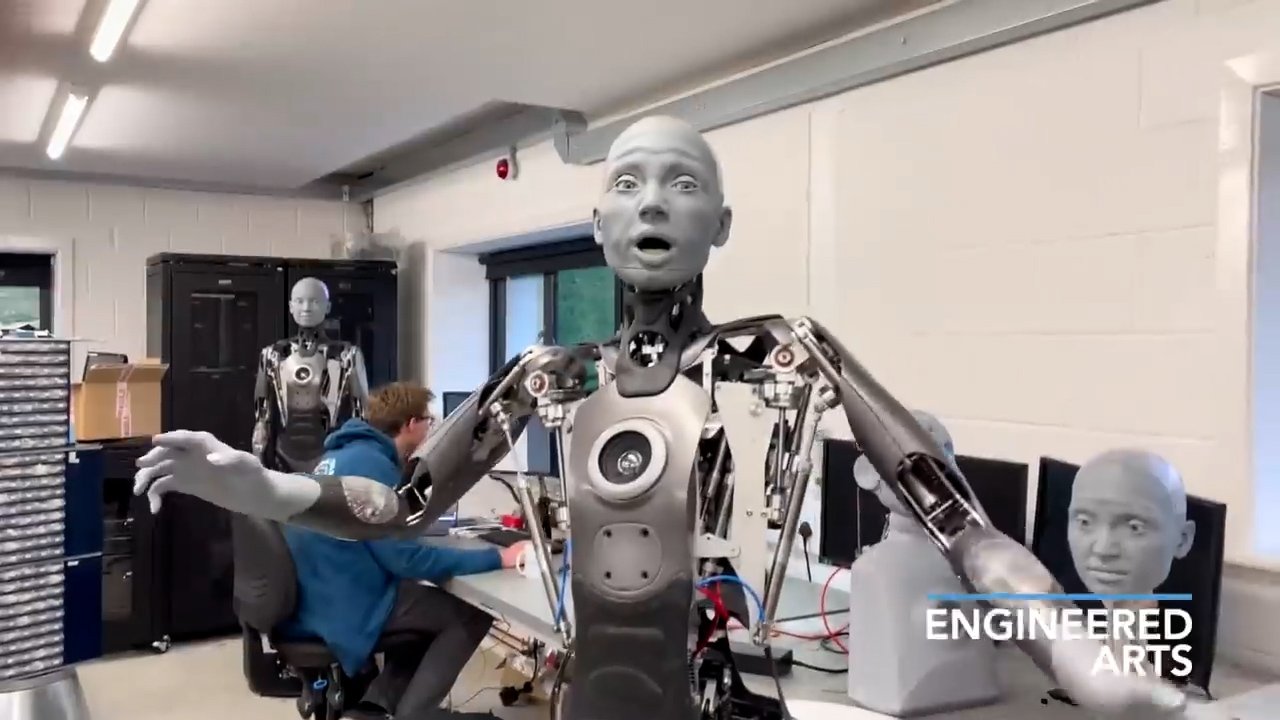 He added: ‘We’ve tried to be gender-neutral, race neutral.

‘We’re just trying to make something that has the basic human characteristics – expression – without putting anything else on top of that. So, hence the grey faces.’

Ameca is now available for purchase or rental, though Jackson believes it is the perfect test-platform for artificial intelligence.

‘But what you don’t see is the hardware to run all that software on. So what we’re trying to provide is a platform for AI,’ Jackson said.