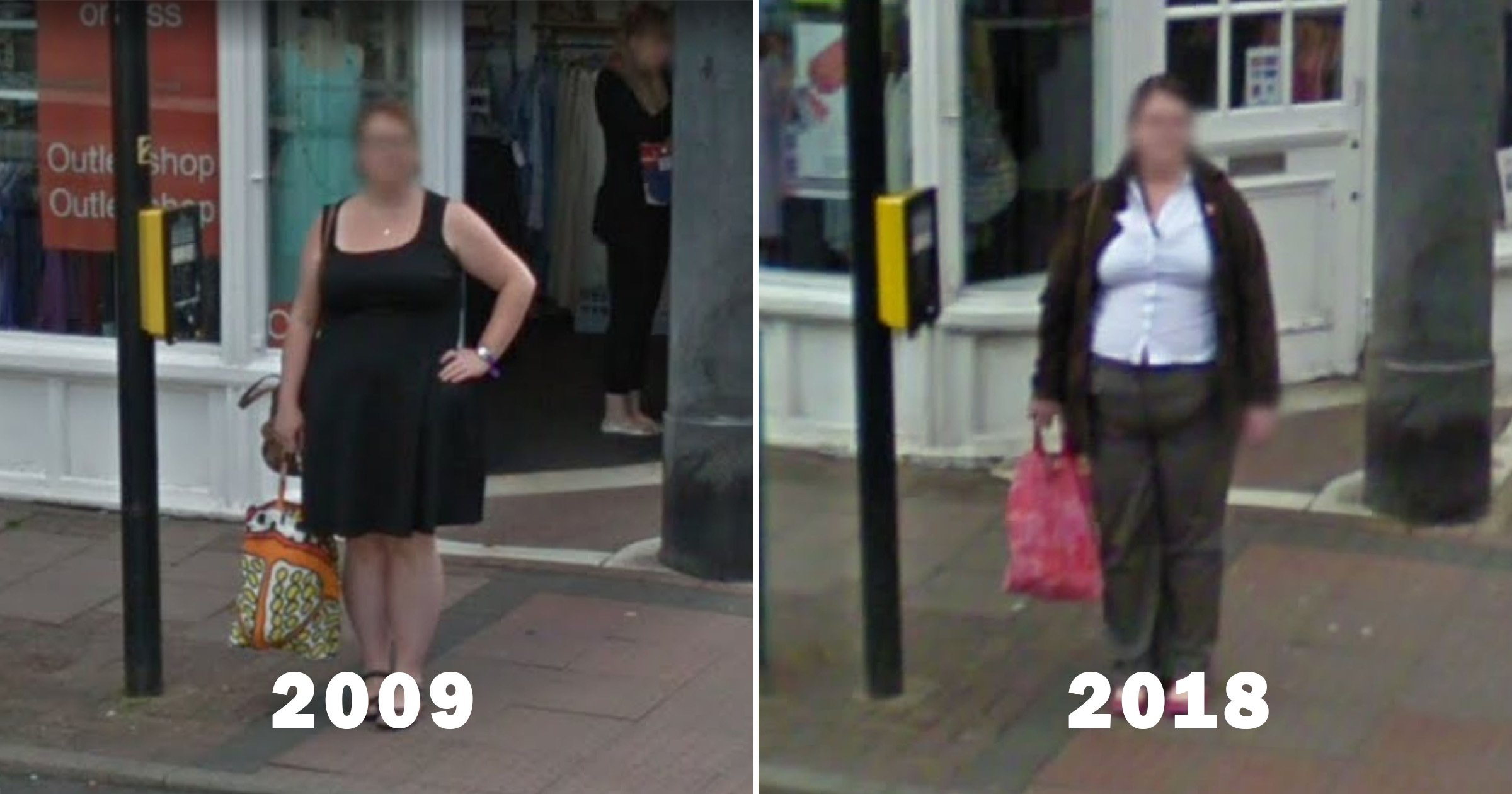 A woman has been given the ultimate sense of deja vu, thanks to Google’s Street View feature.

Leanne Cartwright from Carlisle has been caught twice on Google Maps in the exact same spot – nine years apart.

The 41-year-old mum said she was ‘flabbergasted’ when she found out she’d appeared in a near-identical picture almost a decade on.

Leanne, a civil servant, posted the ‘bonkers’ pair of pictures to Facebook on 12th September and said she’s been compared to a ‘time traveller’ because of the ‘one-in-a-billion’ coincidence.

‘I’m standing on exactly the same paving slab and I’ve still got a bag on my shoulder. It’s so funny but so bizarre.’

‘People probably think I’m a time traveller. I could be the only person in the world who they’ve caught in exactly the same place almost a decade later.

‘I did see the car the first time, so when it got published we went on and had a look. Everyone thought it was quite funny and I didn’t mind at all.’

Leanne said the first image, in 2009, was taken during her one-mile walk to work at around 8am. The second, snapped in 2018, was during her lunch hour.

A self-professed creature of habit, Leanne said it was her husband Richard who first noticed she was standing in the same spot. Complete with a bag in the same hand in both pictures.

‘We told everyone at work and they found it funny. I thought I’d put it on Facebook because I don’t know anyone else it’s happened to,’ she said.

Leanne says she’s received plenty of replies to her post, with one person commenting: ‘that is actually crazy and cool at the same time.’

She now says she’s going to keep an eye out for Google’s camera cars and try and make sure she gets pictured a third time.

‘I’ll be looking out for the car in future and if I see it, I’ll have to jump on the same spot,’ she said.

‘You never know, I might be there next time. It’ll make me smile when I walk past.’