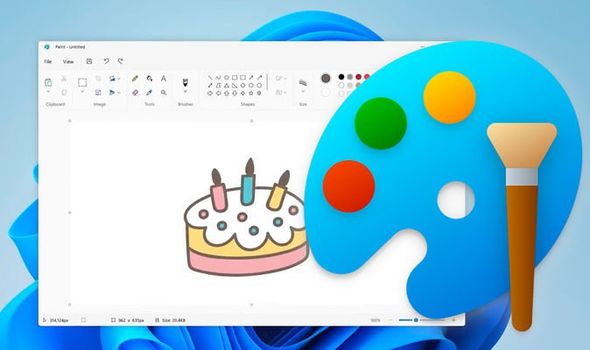 Windows 11 is the next major iteration of the hugely-popular operating system and plans to completely overhaul the design. Ahead of the launch in October, we’ve now learnt just how extensive that design refresh will be. Microsoft has confirmed that many of the default apps provided with Windows are set for a makeover too. Joining the likes of Snipping Tool, Mail, Calculator and Calendar, Microsoft has confirmed its iconic Paint tool will also be getting a brush-up.

Microsoft’s Chief Product Officer, Panos Panay, shared a video on Twitter with an exclusive preview of the new-look app. He described it as “beautifully redesigned”.

The video shows a quick overview of the new app, which has been updated in Windows 11’s softer visual style. The interface looks to have been simplified overall and in line with Microsoft’s new love for rounded corners, the paint palette now has circular colour options. For those who like to get creative after hours, the app now has a dark mode to save tired eyes.

Otherwise, most of the tools and features – like brushes, shapes, pencils and the eraser – seem to be staying the same, although they may have been upgraded under the hood.

So far, the new update is light on details.

But it’s a turn up for the books for Paint. First introduced in Windows 1.0 back in 1985, the app has appeared in every version of the operating system since. But Microsoft threatened to shut down the artistic app in 2017, adding it to a list of features that would be removed from Windows 10.

The company originally wanted to replace the standard Paint drawing app with Paint 3D, a similar program which let users model objects in 3D as well as create 2D graphics. The company hoped this more complex tool would catch on with hobbyist users, however, it has ended up being mostly employed by small game designers.

It didn’t hurt that loyal users of Paint reacted with fury to the planned junking of the app. As a result, in March 2021 Microsoft announced Paint 3D would be retired instead.

The updated Paint app will be available to users on the Windows Insider testing program soon. The rest of us will have to wait until October, when the update will be free to all Windows 10 users whose computer meets the minimum requirements.

The upgrade is just one of a swathe of changes in Windows 11. The radical upgrade, which will be available for some (but not all) later this year, brings a reimagined Start Menu, interactive widgets, new options to juggle multiple windows across multiple screens, and more. Even the iconic Blue Screen of Death will turn black.