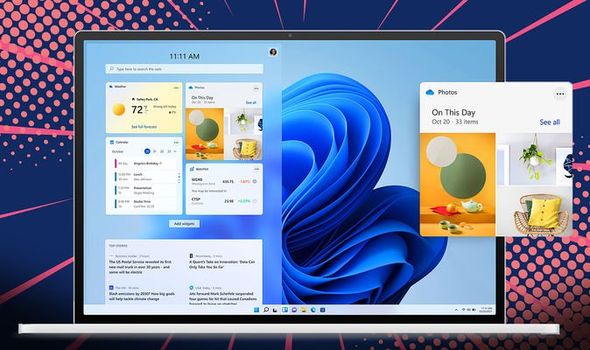 There is no shortage of changes in Windows 11. The radical upgrade, which will be available for some (but not all) later this year, brings a reimagined Start Menu, interactive widgets, new options to juggle multiple windows across multiple screens, and more. And now, beta testers have uncovered another change that Microsoft didn’t announce on-stage during the launch event.

The iconic Blue Screen Of Death, or BSOD, will switch from blue to black in the all-new desktop operating system. Hopefully, this is a change you won’t come face-to-face with all that often. After all, the BSOD only appears when something goes catastrophically wrong with your PC.

However, if the last thirty years or so of Windows updates have taught us anything, is that you can count on seeing this error message a handful of times each year. Like all changes, some really aren’t happy about the decision to drop the iconic blue colour from the devastating error screen.

The Black Screen of Death as it will now be known, still BSOD for short though – that’s something, isn’t listed in any of the release notes published with the test builds of Windows 11 out now. So, it’s possible that Microsoft could still backtrack to the iconic blue tones in time for the final release.

And Microsoft might want to do just that… based on some of the comments shared online in response to the new colour.

“Nooooo… the old ways must be honored. Microsoft’s Blue Screen of Death is changing to black in Windows 11,” one posted on Twitter after gadget blog The Verge first reported on the dramatic colour change coming to the error message.

The iconic Blue Screen of Death made its first appearance in Windows 3.0 back in the early nineties.

Since then, it’s been a mainstay in ever release. The most notable change in recent years was the addition of a sad face with the launch of Windows 8 in 2012. Fans of the emoji will be pleased to know that it’s still sticking around in Windows 11, albeit on a black background instead.

Windows 11 is being tested by thousands of beta testers across the globe. Microsoft has promised the update, which will be free to anyone on Windows 10 – provided that your computer meets the new minimum requirements, will arrive pre-installed on a barrage of new gadgets later this year.