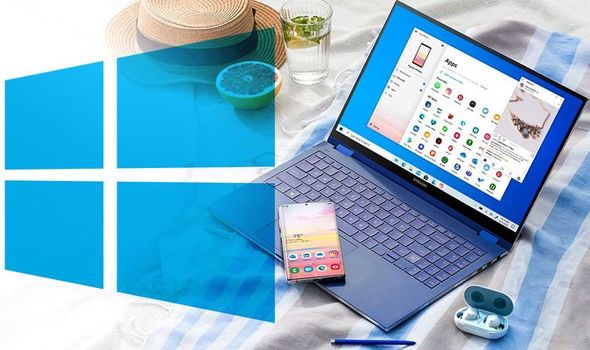 Microsoft is testing a new feature for its much-loved Your Phone app, which should save you from pulling your smartphone out of your pocket to check whether it needs to be charged, or whether you’re struggling to connect to the internet. Yes, Your Phone will now be able to display your current 3G, 4G and 5G mobile data signal, Wi-Fi strength, remaining battery life, and whether your phone is charging correctly, from your Windows 10 desktop.

The feature was detailed in a leak almost one year …but failed to materialise for beta testers. However, it seems that Microsoft was simply working out the kinks as the functionality is now available to Windows 10 Insiders.

Your Phone already enables Windows 10 users to read and reply to text messages from their desktop, answer calls, and launch some Android apps. This tight integration is available to anyone with an Android smartphone with the “Your Phone Companion – Link to Windows” app installed. Apple offers similar features, however, users need to have an iPhone as well as a macOS desktop or laptop.

It’s impressive that Microsoft is increasingly able to replicate these features without dictating the handset in your pocket. And with the latest feature – the ability to check whether your smartphone has finished charging in the other room – the Redmond-based company has gone beyond what Apple currently offers to its users.

You’ll need to be running Build 1.20122.119.0 of the Your Phone app to see the new feature. Microsoft has three tiers for its beta testers, known as Windows 10 Insiders. These are – Dev Channel (opting for this will result in more frequent releases with the most rough-and-ready level of polish), Beta Channel (a little less frequent, but still some potential for disastrous gremlins in the code), and Release Preview Channel (this will only update your system with software that’s almost out-of-door so should be very close to the finished product).

If you’re looking to get the latest features before most Windows 10 users – but don’t fancy rebooting your PC multiple times a day due to patchy code, we’d recommend opting for the Release Preview Channel. Software developers who need as much advance notice as possible about changes to the code and new features that could boost functionality in their apps – or break it – will need to run the Dev Channel.

Anyone can sign-up to the Windows 10 Insiders scheme and test the latest features before they become available to users worldwide. However, you might have to put up with some stability and performance issues.

This year promises to be a big one for Microsoft. While the first update of two annual upgrades for Windows 10 promises to be a bit of a damp squib, the second update, due to launch around October, is tipped to bring a wide-sweeping redesign for Windows 10. This will represent the biggest overhaul of the visuals for the desktop operating system since it launched back in 2015.