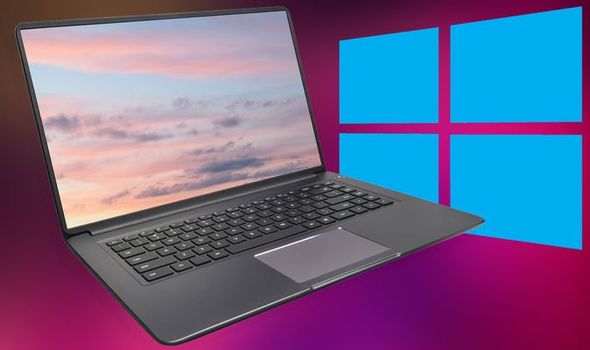 If you downloaded a Windows 10 update for your machine recently, you might’ve been surprised to find how infinitesimally small the update was. Windows 10 version 1909 clocks-in at just 180KB. That’s seriously tiny. For comparison, the average MP3 song takes up between 3MB and 6MB, that’s 3,000 and 6,000 Kilobytes! What could possibly have been changed in a sprawling operating system like Windows 10 with such a small update file? Well, quite a lot as it turns out.

Microsoft used a nifty new system known as enablement packages to put its operating system on a serious diet. So, rather than your machine being forced to download all of the files to enable new features, new options, sound effects, visual tweaks, security patches, and all of the other stuff that typically comes down the pipe – the Windows 10 version 1909 was a series of commands to enable features and turn on switches that were already buried deep in the operating system.

Most of the hefty files needed to enable these new options were downloaded as part of the first major update in the year, the Windows 10 May 2019 upgrade. Microsoft has had time to make some refinements, and then simply enable the options that it has been quietly storing on your machine until now.

But while there are some obvious advantages to updates being measured in kilobytes rather than megabytes or gigabytes – as some of the previous updates have been, the latest update has been roundly criticised by Windows Insiders (those who are on the inside track and testing betas of the latest features before they’re ready to roll-out to the rest of the world). So while it might making updating to the latest version of Windows 10 faster for those with slow, or very limited, home broadband connections, the delivery method isn’t perfect.

Namely, it adds more pressure on Microsoft to make sure all the key files are ready for the first major update of the year – just so they can lay dormant for six months until the switch to enable them arrives towards the end of the year. Surely it makes more sense to dribble out features (in their entirety) when they’re ready to go?

DON’T MISS
‘Windows 10 update’ is packed with dangerous ransomware
Millions of Windows 10 users face a serious risk next month
Your next Windows 10 app upgrade could come courtesy of… Apple? 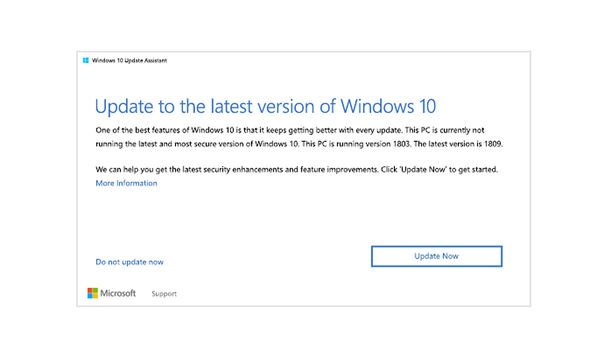 Fortunately, that seems to be what Microsoft is planning. In a statement, Microsoft said: “Delivering the 19H2 feature update via cumulative update and an enablement package is a pilot program. There isn’t a formal plan in place to deliver future releases in the same way.

“We are closely monitoring feedback and hoping to learn from this type of release to help influence our future plans.”

Microsoft is looking to launch the next feature-packed update to Windows 10 within the first few months of next year. This will be the first of two major updates rolled-out in 2020.

The Redmond-based technology firm has already teased a few features tipped for the update, including the ability to type queries for AI assistant Cortana from the search bar built into the taskbar. Microsoft describes the system as a “new Cortana experience”, which might be a little over-egged. Still, if you’re working in the library (or the quiet carriage of the train), it’s handy to be able to quiz the AI assistant without having to bark orders at your laptop or two-in-one. Corona will also support dark mode following the update.

And visuals aside, Microsoft has also “updated Cortana with new speech and language models” that it says will “significantly” improve the performance of the voice assistant.

Windows 10 users will also be able to reinstall their operating system from the cloud for the first time. This massively helpful feature will save you searching around at the back of desk drawers looking for the USB key you created years ago in case there was an issue with your desktop machine.