The latest stats are in and it seems Windows 10 is finally taking a truly dominant position on PCs across the globe. Five years after it first launched, this new operating system now has a 64 percent share of the market making it easily the most popular on the planet.

These latest figures come via NetMarketShare and show some very impressive growth over the past 12 months.

In fact, this time last year Windows 10 had a 52 percent share meaning it’s now being used by millions more laptop and desktop owners than ever before. And in another vital boost to Microsoft’s flagship software, it’s also seeing some healthy month-on-month increases with three percent of users switching to Windows 10 between September 2020 and October 2020.

This is clearly very good news for Microsoft who has been on a huge drive to get its users switched over to Windows 10 for a number of years. However, despite the growth of its newest software, there is one thorn in the US firm’s side and it’s called Windows 7.

Amazingly, despite Microsoft ending support for this ageing operating system earlier this year, Windows 7 still has a whopping 20 percent share. 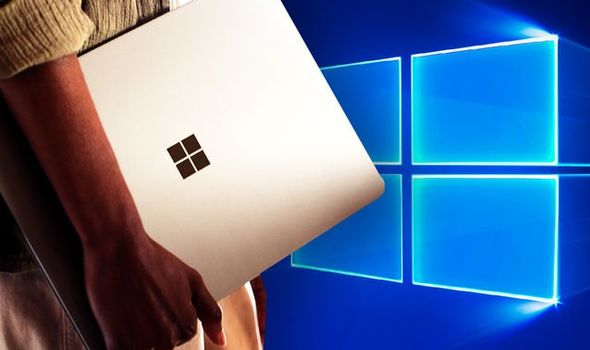 Admittedly, that is a drop of nine percent since this time last year but it does mean that millions of users are still more than happy to continue using this unsupported software. Unlike Windows 10, Windows 7 is also not being treated to any new features or shiny upgrades.

It’s worth noting that Windows 7 will continue to work for the foreseeable future but Microsoft isn’t pushing out any vital updates or security patches.

That means there is a cyber risk to anyone who hasn’t taken the jump and moved over to Windows 10.

Earlier this year Microsoft warned, “If you continue to use Windows 7 after support has ended, your PC will still work, but it will become more vulnerable to security risks and viruses. Your PC will continue to start and run, but you will no longer receive software updates, including security updates, from Microsoft.”

There’s clearly still plenty of people who like Windows 7 or simply don’t want to pay the fee to upgrade. But Microsoft will be hoping to boost those Windows 10 numbers further in the coming months and driving down that percentage who haven’t yet made the switch.

For now, Windows 7 keeps fighting on and the battle hasn’t been won just yet.