If you’ve been to an airport, GPs office or emergency room lately, or have read the widespread reports of worker shortages across a range of industries, you may wonder why we’re not looking into using robots or AIs to fill the gap.

Could a robot not give injections at a clinic, ferry luggage around, or assess people at a triage?

Yet while people tend to assume that the simple things we do every day and pay workers very little for — carrying bags, recognising shapes, asking questions — would be easy to automate, it turns out they’re not.

Robots are great at complex maths and logic, but outclassed by two-year-olds at pretty much any manual work that isn’t extremely controlled. 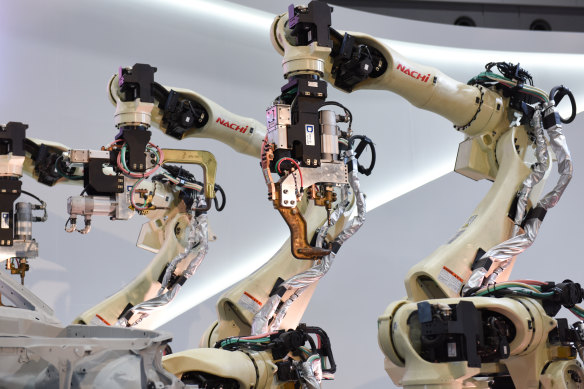 “The easy things for robots are hard for humans, and the hard things for humans are easy for robots,” said UNSW AI professor Toby Walsh, paraphrasing American roboticist Hans Moravec.

“What we forget is that our abilities [of sense and dexterity] are the product of millions of years of evolution, and 1000s of generations of human evolution. And that’s not going to happen overnight with computers.” 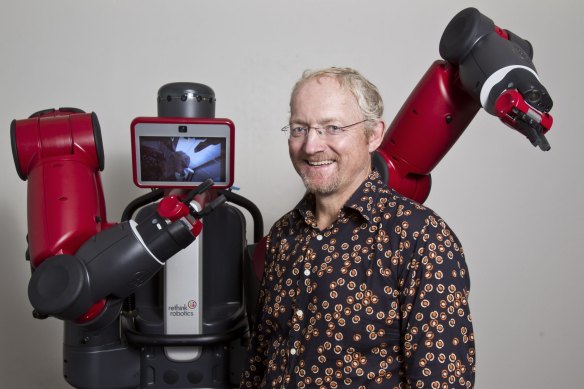 Professor Toby Walsh said we will not see robot carers for a very long time.Credit:Ryan Stuart

It’s a problem that was perfectly (though painfully) exhibited in Moscow last month by a robot designed to play chess against humans. Machines play chess at superhuman levels; it’s one of the first things we taught AI to do. This machine however also had a robotic arm to move the chess pieces around and, while competing against a seven-year-old prodigy, it mistook the child’s finger for a piece, tried to pick it up and snapped it.

“The easy part for humans is moving the chess piece. Any of us, no matter what the chessboard looks like, without any mental challenge, could pick up a piece and move it forwards two squares. That is incredibly challenging to get a robot to do.”

So in an airport scenario, the best place for robots is where they already are; checking people in, weighing bags and printing labels. Potentially moving bags around, but only once they’ve been placed in uniform crates.

“The challenge is that suitcases come in all shapes and forms, and handles are in all different places. It would be really, really difficult to get a robot to work out how to loop the luggage label onto it,” Walsh said.

“The worst possible environment for robots is one where things come at you in all different sizes and shapes.”

And that also means you’re unlikely to have a robot giving you injections any time soon, for better or worse.

There are simply too many variables to make it safe. But that doesn’t mean they have no place in healthcare; there are several robots being developed and even operated in drug dispensaries.

Another thing holding back robots in the workplace is the cost. Autonomous vehicles are likely to remain more expensive for food delivery than a person on a bicycle, for example. But there are examples where robots are put to work despite the cost and the difficulty of the job.

Aquatic robots have been on the coral reef killing dangerous crown-of-thorns starfish for years; work that would be hard and dangerous for humans. And with the dearth of backpackers during the pandemic, some farms have also turned to fruit-picking robots.

The situation is somewhat different with AI doing tasks that don’t require physical robot parts. Eric Swift, managing director for cloud computing company ServiceNow, said the average Australian already interacts with AI more than 100 times a day, and that in the future this would be practically constant. 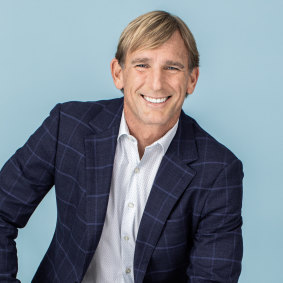 “Research from Deloitte shows Australians waste more than one day a week performing highly repetitive tasks, like data entry or searching for information,” he said, predicting that these tasks will eventually become solely the realm of AI.

“A future workforce will blend human and AI capabilities. Our ‘machine mates’ will become teammates, and may even have their roles formalised into organisation charts.”

To go back to the healthcare example, AI has already proven to be more efficient than humans at detecting signs of cancer in mammograms for example, and processing huge amounts of data quickly to make decisions.

But integrating AI into more sensitive processes like assessment or diagnostics comes with many risks, like the potential to amplify existing biases.

“There’s a lot of research on racial and sexist biases in medicine, and which patients are believed about their pain and how their symptoms are recorded,” said Dr Rachel Thomas, founder of non-profit research group Fast AI.

“We have all these issues that are going to show up in the data. And what AI is good at, is learning patterns from data.”

In medical contexts, as well as financial, legal and many others, the power imbalance between the person being assessed and the assessor could also be increased further with the use of AI, Thomas said, impacting human rights and the possibility of actionable recourse.

“If you’re using an algorithm to determine someone’s access to housing, to loans, to medical treatments, or within the criminal justice system, these things all impact human rights,” she said.

“If an error is made or if there is some kind of life-changing decision, what sort of recourse do people have to kind of get those decisions appealed or changed?”