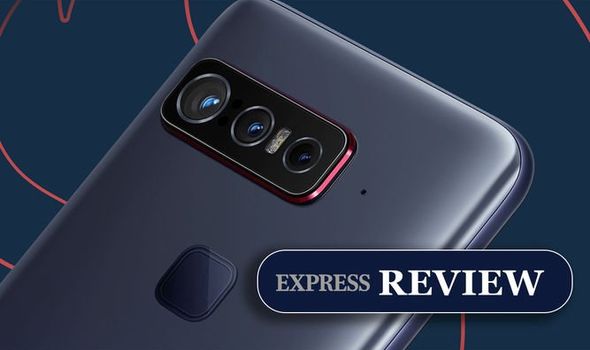 If you have an Android phone in your pocket, chances are, it’s almost certainly powered by Qualcomm. The US chip maker’s Snapdragon range is found in almost every device that doesn’t have an Apple or Huawei logo slapped on the back. Well-known brands, including Samsung, Sony, Motorola, Google, Nokia, and Xiaomi all rely on Qualcomm brains.

It’s not just processors that Qualcomm has its name on either, with the company also deeply involved in 5G technology, wireless charging, and clever under-display fingerprint scanners. The ultrasonic fingerprint sensors found under the glass displays of the latest Samsung smartphones are all from the labs at Qualcomm too, for example.

Not content with simply supplying all of these parts to other handset designers, Qualcomm has now decided to have a stab at making its very own smartphone. With its years of knowledge and experience you’d think this could be the ultimate Android device …but you’d be wrong.

Express.co.uk has been testing out the Smartphone for Snapdragon Insiders (yes, that really is the official name) and it’s left us pretty baffled.

There’s no question that Smartphone for Snapdragon Insiders is incredibly powerful and the new screen, which includes a staggeringly fast 144Hz refresh rate, offers one of the best experiences on the market. But there are so many other things that we’re struggling to comprehend with this device and so many questions that need answering.

Why is it not using the new Snapdragon 888+ processor?

The Smartphone for Snapdragon Insiders features Qualcomm’s supremely powerful 888 processor, which is no slouch when it comes to performance. Most of this year’s flagships have all packed this chip under their hoods and they’ve all impressed.

However, we can’t fathom why this device hasn’t been given the even more impressive 888+ chip? This updated chipset was announced back in June – long before Qualcomm released the Insiders phone – and offers a 20 percent speed boost, plus enhanced AI capabilities along with improved photography and better connectivity.

There really would have been no place better to show off its potential than in Qualcomm’s first phone and we can’t understand why it doesn’t feature. It would also have been a perfect excuse to show why buying a Qualcomm-branded phone ensures you get the latest chips not yet available in devices from Samsung, Xiaomi, OnePlus, and others.

Why is the fingerprint scanner on the back?

Qualcomm supplies a number of manufacturers with under-screen fingerprint scanners, which are now deemed some of the best on the market.

Its latest 3D Sonic Sensor Generation 2 hardware is now faster and more accurate, which finally means popping this sensor under the display is now just as good as the older physical scanners that have appeared on phones for years.

But don’t expect to see Qualcomm’s finest under-screen sensor on the Insider phone. Instead, it has looked to the old fashioned physical sensors …and placed it on the back of the phone too, making it really difficult to find and use. We’re as confused as you are with this decision!

Making matters even worse is a glowing Qualcomm logo that’s placed just below the scanner. This is there purely for show – and does look cool – but we often found our finger taping this box rather than the sensor which is pretty irritating.

Why does the camera software feel so clunky?

Qualcomm is making big claims about the triple rear-camera on the back of the Smartphone for Snapdragon Insiders, saying that it can record footage in 8K quality and track objects to make sure they stay in focus.

There’s certainly nothing wrong with the photos the Smartphone for Snapdragon Insiders takes, but the software feels really clunky right now.

Flicking between the wide-angle, standard, and telephoto lenses is slow and jittery and the whole thing feels like it’s not quite finished.

To be fair to Qualcomm, the firm says that a camera software update is coming but why release a device that feels unfinished? We’ll have to wait and see if things get better once the update is pushed out to devices in the coming months.

Why is it so expensive?

If you want to take delivery of the Smartphone for Snapdragon Insiders phone, you’d better warn the bank manager. This device will set you back a whopping $1,499. For the same cash, you could treat yourself to the new Galaxy Z Fold3 or buy the most premium iPhone 12 Pro Max and still have change in your pocket.

The Insiders phone is packed with flagship specs and features but it just doesn’t feel that premium when you get it in your hand. The design is more than a little outdated and the plastic case makes it look more mid-range than flagship.

Why is there no wireless charging?

You do get Qualcomm’s fast charging in the box, which is a great addition to your purchase. This 65W power pack can refill the battery from flat to full at a rapid rate and you don’t have to pay extra to get it.

Sadly, when you place this phone on a wireless charging base you won’t find things picking up any extra battery life as there’s no compatibility with this tech. It’s not a deal-breaker, but it just feels that a phone built to show off everything that’s great about modern smartphones should have wireless charging.

Why can’t it cope with a dip in the pool?

If you’re sitting by the pool or sending WhatsApp messages in the bath, then beware. The Insider phone has no IPX rating, which means it might not cope too well if it gets wet. It’s pretty rare to find a flagship that doesn’t have a waterproof design, but Qualcomm clearly didn’t think it was an important enough feature to include.

The Snapdragon Phone has a nice ring to it, but that’s not what this device is called. Nope, Qualcomm has decided to call it the Smartphone for Snapdragon Insiders which doesn’t exactly roll off the tongue.

…it’s not all bad though

Although there are some pretty bizarre things on the Smartphone for Snapdragon Insiders …it’s not all bad. As we mentioned earlier, the 144Hz display is staggeringly fast and makes using the device a total joy.

The peak brightness of 1,200nits also makes it easy to see your content even when the midday sun is shining and it features Corning Gorilla Glass Victus which should help it survive a drop to the floor.

Despite the lack of wireless charging, there is Qualcomm’s Quick Charge 5.0 technology included and a 65W power brick comes in the box. Another thing you’ll find in the packaging is some Snapdragon Sound earbuds which feature high-resolution audio, a premium metal charging case and decent battery life.

Finally, it’s worth remembering that Qualcomm is a leader in the latest 5G data speeds and the Insiders phone really shows off the power of this new technology. With full compatibility with 5G mmWave and sub-6 GHz connectivity, Qualcomm boasts that this device can download files at speed of around 7Gbps. At that rapid rate, you’d be able to whizz a full HD movie to the screen in a matter of seconds.

We’ve reviewed a dizzying number of phones over the years, but honestly, we’ve never used such a baffling smartphone and we’re not quite sure who it’s aimed at or who will buy one.

Yes, it’s supremely powerful and you’re unlikely to find anything that downloads files quite as quickly as this beast can. The 144Hz display is really impressive and it comes bundled with those earbuds and fast charger, but everything else is just a bit odd.

The design feels comfortably five years behind its closest rivals and you won’t find the latest Qualcomm’s latest 888+ chipset tucked inside. There’s also that weird positioning of the fingerprint scanner and the camera software feels unfinished.

We’re sure there will be some avid Android fans who might fancy a phone made by Qualcomm, but everyone else should stick with other brands… you’ll still get the same amazing Qualcomm Snapdragon chipset under the bonnet, but everything else will be better too.