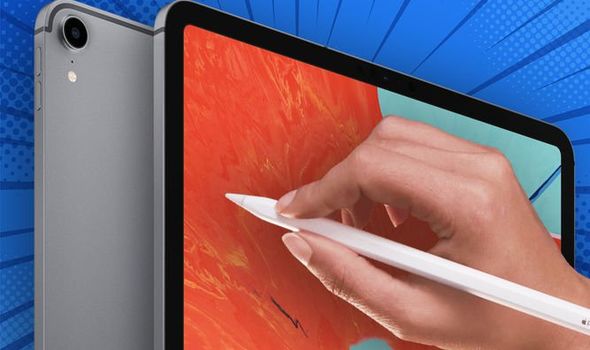 If you’ve been thinking of treating yourself to a shiny new iPad, it might be a good idea to pop your credit card back into your wallet for now. That’s because rumours have been rife for months Apple is poised to refresh its popular line-up of tablets in just a few weeks away. Some reports had suggested that an event would take place this week but, so far, Apple has stayed tight-lipped about upcoming launch events.

However, the rumour mill has gone into overdrive once again with many expecting the US tech firm’s first event of 2021 to take place in April and it could be all about the iPad.

The latest update about what’s coming next has been published by Bloomberg with the report suggesting that a new iPad Pro and iPad Mini could be coming very soon.

It’s thought that the premium Pro, which hasn’t been upgraded since March 2020, will get a striking Mini LED screen rather than the current Retina display. This update could offer improved brightness, better contrast and less chance of screen burn – something that is more common with current OLED displays.

Apple Pay: How to use the contactless payment method

Of course, as with all launches we can expect Apple to ramp up the performance with the new Pro likely to receive the M1 chip found in its latest MacBook laptops. As well as power, another advantage of these brains is that they are more efficient meaning better battery life.

A Thunderbolt port could replace the standard USB-C socket which will improve data transfer times.

That’s the good news for Pro fans but there could also be something coming soon for those who want something smaller in their bag. That’s because Apple could refresh its popular Mini range which could get an improved processor, new design and a larger 7.9-inch screen.

Luckily, if you’ve bought the new iPad Air or standard entry-level iPad it seems as if these won’t be touched next month. If Apple is holding an event next month then expect some official invite to be sent out very soon. We’ll bring you full news just as soon as we hear more.