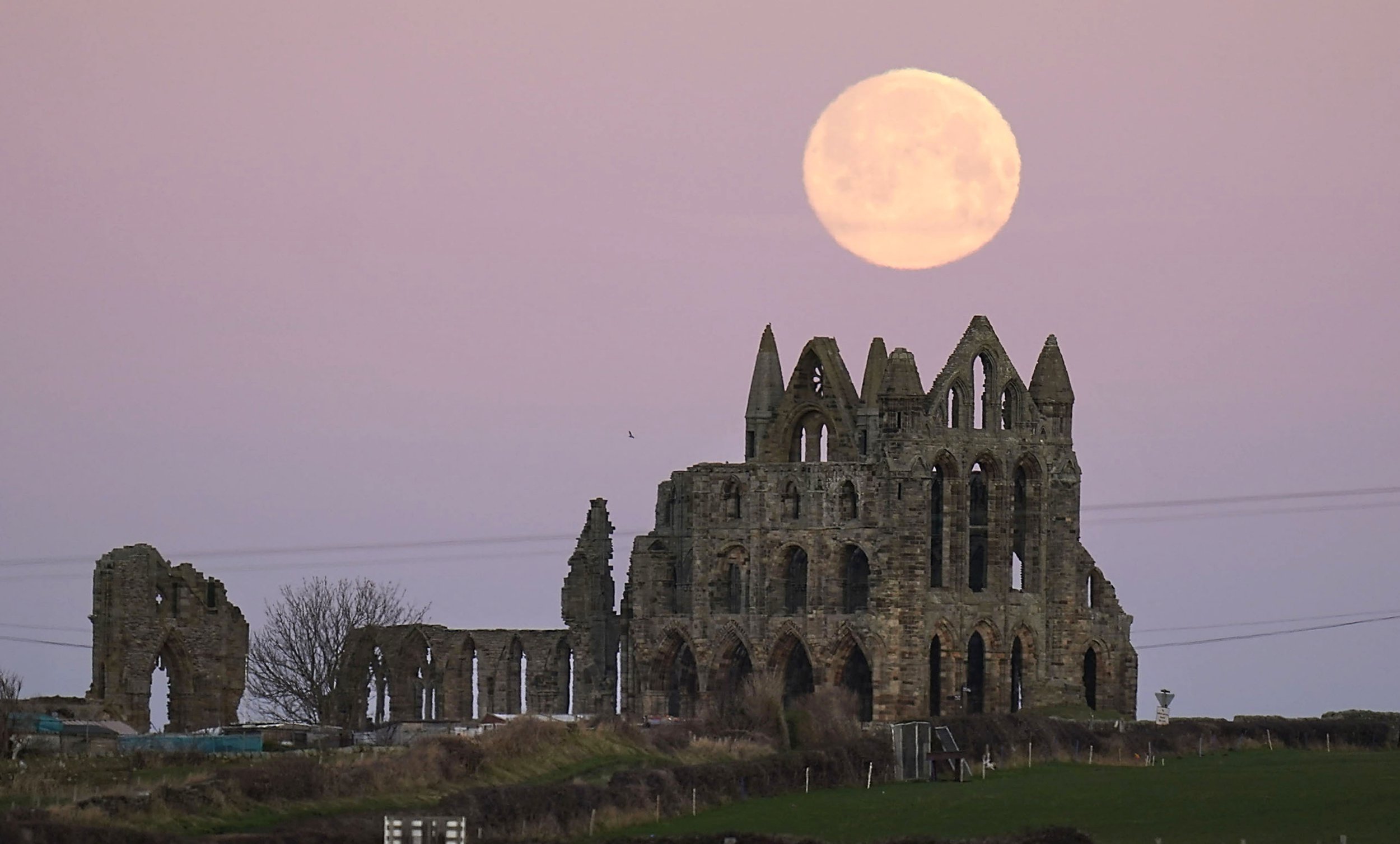 People have long believed in the power of the moon – and as a species, we tend to have most interest in full moons.

The moon tends to be seen in phases (such as a crescent shape or half moon).

And it becomes a full moon when Earth is directly aligned between the moon and sun – which means it is fully illuminated by the sun, making it completely visible and appear as a large orb in the sky.

There are quite a few different types of full moon – from the Pink Moon to the Harvest Moon. And they occur roughly once a month, occasionally more, at very different times of night.

But when is the next full moon taking place in the UK, and will we be able to see it? And what is its name?

Here’s what you need to know.

What and when is the next full moon?

The next full moon in the UK is called the Wolf Moon. It takes place on Monday, January 17.

The Wolf Moon, according to The Old Farmer’s Almanac, was named for howling wolves Native American people would hear during the dark nights of the winter months.

You might also hear the Wolf Moon called the ‘Cold Moon’, due to the frosty weather.

Where to see the upcoming Wolf Moon

The Wolf Moon will be all over the UK from 11.48pm tonight – though it’ll look super bright before and after this time, too.

It almost goes without saying that it’ll be easiest to see in areas where the sky is clear and there are few clouds.

If you want to capture it on camera, you’ll need to be savvy with your iPhone. Try these moon photography tips.

Amazingly, we already know when 2022’s full moons will take place, and exactly when to look for them.

The next full moon, called the Snow Moon, is due on February 16. In the UK, it’ll be visible at the much earlier time of 4.56pm.

Mid-March sees the arrival of the Worm Moon, while April’s full moon is called the Pink Moon.

You can see the full calendar here…