WhatsApp fans are being placed on high alert as a scam, which could give hackers full access to your phone, has reappeared. The nasty attack was first spotted earlier this year but it seems some users of the popular chat app are being targeted once again.

Unlike most scams, this hack actually gives criminals full access to your account which could then also leave friends and family at risk.

What makes this attack more sinister is that it works via using the six-digit verification code which is sent out from WhatsApp when a new phone number or device is added to an account.

However, it seems that criminals are actually using this security measure to their advantage – here’s how the scam works.

Once the code has been generated and received on your phone the hackers then pretend to be one of your contacts – who has already been hacked by the scam – with them sending a message which asks if it’s possible to share the code with them.

Once the person has been fooled, the criminal can then access the account and begin sending similar messages to more people. 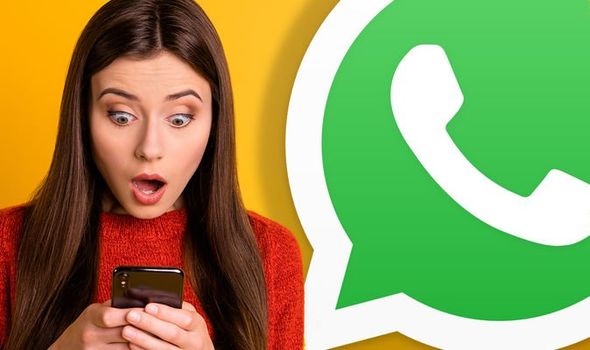 As soon as numerous accounts are in the hands of hackers they can then target friends and family asking for money via Paypal links.

Users often find themselves locked out of their actual WhatsApp account for hours making it hard to warn people that they have been targeted.

It’s unclear how many people have been hit by this attack but social media is full of users warning about the scam with one tweet saying: “@WhatsApp my friend has lost control of his account after a malicious actor tricked him to send the six digit Change Number code. What should he do please?”

Speaking about this latest attack Jake Moore, Cyber Security Specialist, Eset told Express.co.uk: “If hackers hijack your account and start sending messages to your contacts as you, the recipient would have no reason to disbelieve it and would most likely unknowingly reply.

“It would even seem plausible if your partner asked about sensitive bank details or security information as the message would appear to be from you – all the while you could be completely unaware and locked out.

“Many people could get their WhatsApp accounts hacked this way and therefore it is vital that people implement two factor authentication within WhatsApp. Although it is relatively unknown, this simple technique will stop this attack altogether and protect your account from being hacked. “

This is particularly worrying at a time when more people than ever are staying in contact by using services such as WhatsApp.

Recent reports suggest that the platform has seen a huge 40 per cent increase in usage since the Coronavirus outbreak has forced millions to stay home.

The largest spike was seen in Spain, where the amount of time spent on WhatsApp rose 76 percent. The figures were published by market research firm Kantar