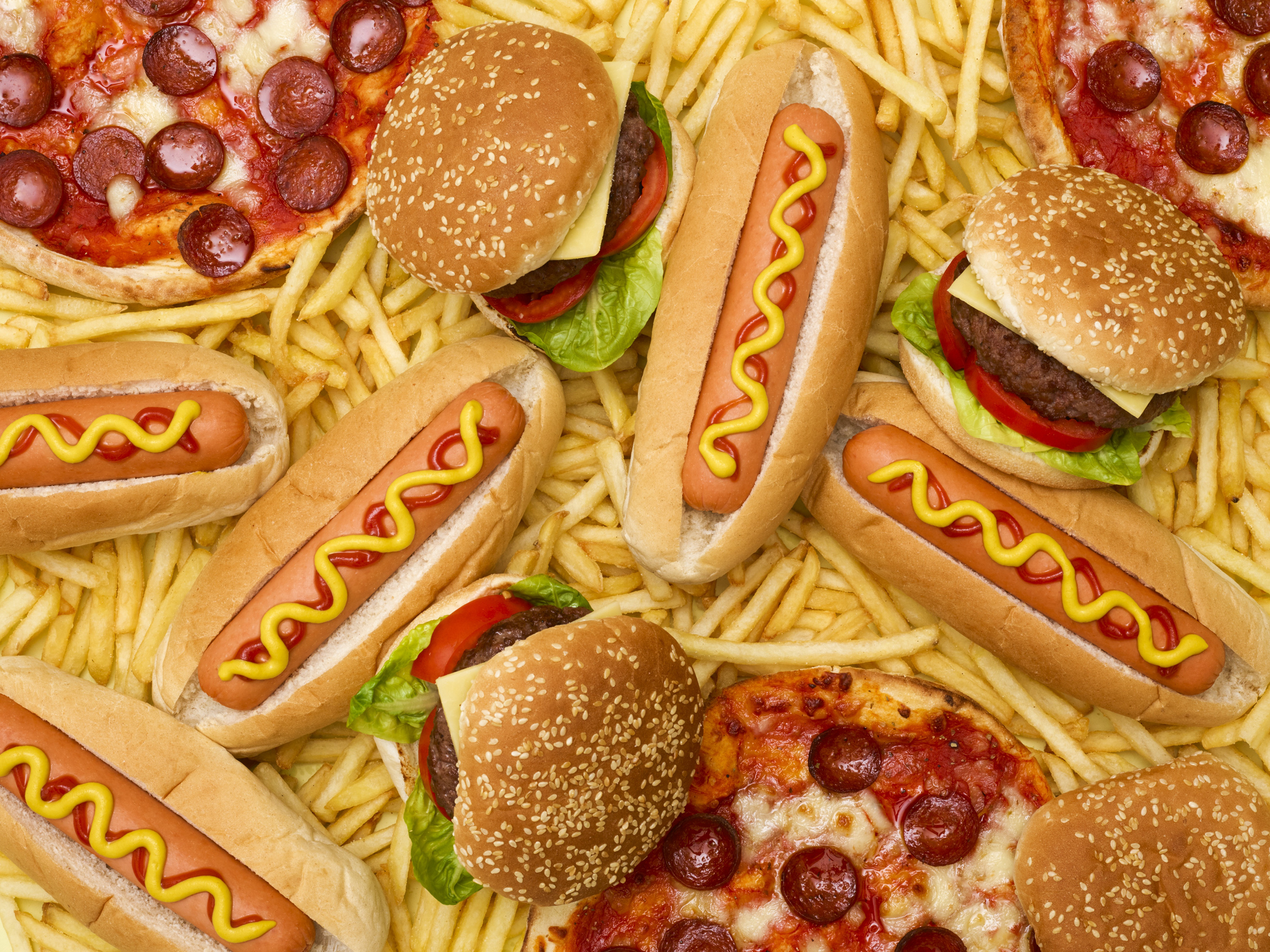 ‘Western’ diets high in sugar, fat and processed food can cause inflammation and gut disorders, according to a new study.

These kinds of foods can damage immune ‘Paneth’ cells, which are key for keeping inflammation in check.

This puts people at risk of inflammatory bowel disease (IBS), according to Washington University School of Medicine researchers.

Foods that don’t sit well with Paneth cells include butter, pastries, chocolate, sweets, pizza, burgers and white bread – common staples of British and American diets that are high in fat, sugar and salt.

The results of the study, which was conducted on both humans and mice, caused researchers to warn the spread of the Western diet.

‘Inflammatory bowel disease has historically been a problem primarily in Western countries such as the US, but it’s becoming more common globally as more and more people adopt Western lifestyles,’ said lead author Ta-Chiang Liu at Washington University.

‘Our research showed that long-term consumption of a Western-style diet high in fat and sugar impairs the function of immune cells in the gut in ways that could promote inflammatory bowel disease or increase the risk of intestinal infections.’

Paneth cells – an anti-inflammatory immune cell found in the intestines – have previously been shown to play a key role in inflammatory bowel disease, as the cells protect against microbial imbalances and infectious pathogens.

The cells are also found to have stopped working in people with Crohn’s disease, another inflammatory bowel disease characterised by abdominal pain, diarrhoea, anaemia and fatigue.

While dysfunction of the cells is driven by both genetic factors and environmental factors, researchers say that food has a large role to play.

BMI, which measure someone’s height to weight ratio, is a common marker for measuring healthy weight – though it on its own BMI is not a surefire sign of health.

But for people with or without a bowel condition, the higher the BMI, the worse their Paneth cells appeared under the microscope. In general, researchers said, there appeared to be a connection between weight and gut health.

The study’s authors then looked at the effects of a Western diet as opposed to a standard one, in both mice and humans.

The results found that it was more the kind of food that was eaten, rather than the absolute weight, that led to poorly functioning immune cells.

‘Obesity wasn’t the problem per se,’ Liu said. ‘Eating too much of a healthy diet didn’t affect the Paneth cells. It was the high-fat, high-sugar diet that was the problem.’

After eight weeks of a diet that was 40% fat and sugar, the mice were found to have abnormally functioning Paneth cells – but four weeks after they returned to a healthy diet, the Paneth cells went back to normal.

But it’s too soon to say whether this change could be replicated in humans who have been overweight for years.

‘This was a short-term experiment, just eight weeks,’ Liu added. ‘In people, obesity doesn’t occur overnight or even in eight weeks.

‘People have a suboptimal lifestyle for 20, 30 years before they become obese.

‘It’s possible that if you have Western diet for so long, you cross a point of no return and your Paneth cells don’t recover even if you change your diet.

‘We’d need to do more research before we can say whether this process is reversible in people.’