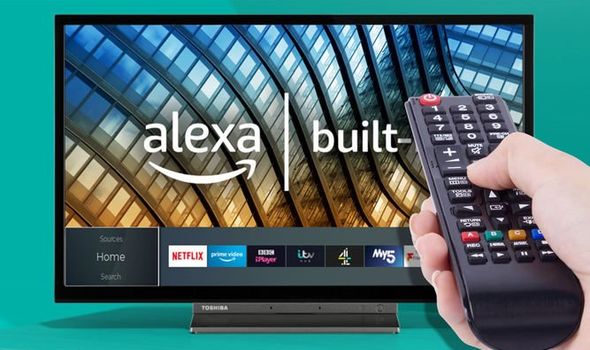 Samsung, Sony and LG might make some of the best TVs on the planet but they probably can’t match Toshiba when it comes to price. The Japanese technology firm has just announced its new tellies for 2021 with prices starting from just £169.

Now, you might be thinking that a television that cheap won’t arrive with any fancy new features but Toshiba is promising that even its entry-level 24-inch WK3C gets Amazon’s Alexa built-in for simple hands-free voice controls.

This update allows you to turn off the screen, change channels, set timers and check out the weather without lifting a finger. Other extras found on this budget telly includes HDR10 compatibility, a speedy Quad-core processor and a boost to the audio thanks to Dolby technology.

Sadly it’s not 4K but, if you want something a little more premium, then Toshiba is also launching its £399 UK31 model which features this technology for a pin-sharp viewing experience.

The firm is also promising that this telly will also adapt the picture to offer deep blacks and impressive contrast plus something called TRU Flow makes watching sport appear more fluid.

The WK3C and UK31 aren’t the only new tellies being released by Toshiba.

Other models include the UA2B which is powered by Android and offers easy access to all the latest streaming services plus there’s the UL21 with surround sound that’s powered Dolby Atmos.

It’s worth noting that all of Toshiba’s 2021 models come packed with entertainment, including 85 live Freeview channels, as well as over 20,000 hours of on-demand content from BBC iPlayer, ITV Hub, All 4, UKTV Play, CBS Catchup Channels UK and Horror Bites available through Freeview Play integration.

Speaking about the new TVs, Bart Kuijten, Commercial Director at Toshiba, said: “The 2021 Toshiba TV line-up has something for everyone, whether it’s cinematic experiences in the living room for all the family or handy second screens for the bedroom and kitchen. All our models offer fantastic value with high-end specs and technology, as well as market-leading smart features – including our Alexa Built-In offering. Toshiba smart TVs are truly at the heart of your smart home.”