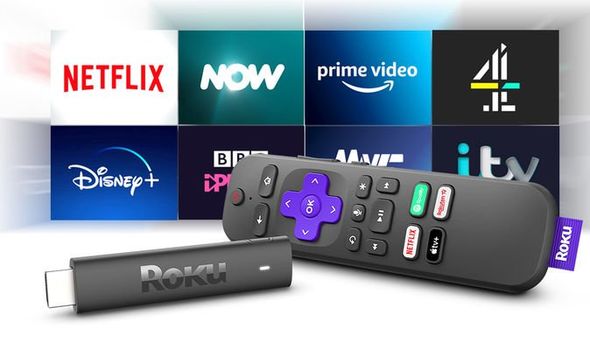 Roku has unleashed its latest streaming gadget, the Roku Streaming Stick 4K, which brings improvements to voice search, Ultra HD picture quality and Dolby Vision, and 2x faster Wi-Fi speeds. Despite all of these improvements, the Streaming Stick 4K keeps the same lightweight form-factor, which plugs directly into the HDMI port on your telly.

Roku has squeezed an all-new quad core processor inside the streaming dongle, which boots up to 30 percent faster. A re-designed long range wireless receiver offers up to 2x faster Wi-Fi speeds, enabling content to load quicker. If you’re paying for fast fibre broadband speeds, but still struggle with buffering – this could be the answer.

Like we’ve seen on rival streaming hardware from Amazon, Roku has boosted the voice control capabilities from the remote. Viewers can now power on the television, adjust the volume, and control features on the Roku Streaming Stick 4K with a single remote.

With AirPlay 2 built-in, you can effortlessly beam lossless music direct from your iPhone, iPad or Mac to the sound system connected to the telly. Roku Streaming Stick 4K also supports HomeKit, which means you will be able to easily and securely control Roku gadgets with Siri – from your iPhone, Apple Watch, or HomePod – or the Home app preinstalled on all Apple devices.

The latest hardware ships with Roku OS 10.5 – the newest iteration of the software – out of the box. Roku has dramatically expanded the number of channels that support voice commands with almost every channel now supporting the feature, including Netflix and Spotify. So, you won’t need to worry about typing with the on-screen keyboard, simply say the name of the show, actor or director.

Roku Streaming Stick 4K is also compatible with the latest version of the Roku Mobile app, which is available on iPhone and Android. This lets you save movies and TV shows into the “Save List”, which sync to the big screen when you’re in front of the TV again. So, when someone recommends a new boxset at work, you can quickly add it to your list and it will appear front-and-centre when you sit down on the sofa and reach for the Roku remote at the end of the evening.

“The Roku Streaming Stick has been a fan favourite for years and we’ve redesigned it in the Roku Streaming Stick 4K to be faster and more powerful than ever,” said Mark Ely, Vice President, Retail Product Strategy at Roku. “It’s super-charged so you can stream in beautiful 4K and Dolby Vision even at a distance from your router and tucked neatly behind your TV. Whatever your streaming needs, we’ve got an incredible product lineup that features innovations from our singular focus on the TV streaming business.”

With its 2x faster Wi-Fi performance for buffer-free streaming, support for Dolby Vision and Ultra HD picture quality, voice search capabilities and AirPlay 2 functionality… this might just be the ultimate streaming dongle money can buy. Roku promises the Streaming Stick 4K will launch soon, with pre-order available from its website.