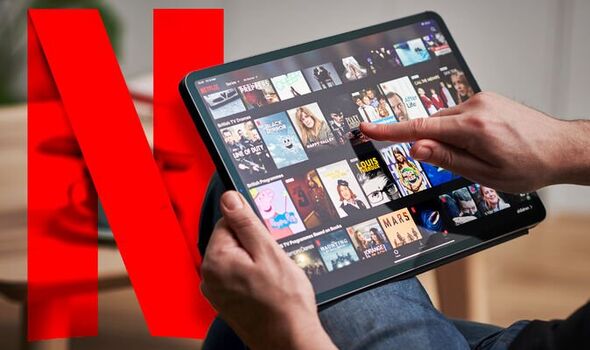 Netflix, once known for its vast library of syndicated boxsets and movies for a low monthly subscription fee, is now one of the biggest producers of original shows and blockbusters in Hollywood. The Californian streaming service has pledged to pour $17 billion into original content in 2022 alone. As a result, Netflix now has a dizzying amount of intellectual property – with must-see shows like Bridgerton, Squid Game, Inventing Anna, After Life – that it wants to shield from websites and apps that offer free access to its shows and films.

To protect its content, Netflix has been slowly ramping up anti-piracy efforts. The US company was a founding member of the Alliance For Creativity and Entertainment (ACE), which sees some of the biggest broadcasters and film companies team up to bring down piracy websites. It has also joined the Motion Picture Association (MPA). Both of these organisations have successfully lobbied to block a number of high-profile websites that offered free access to Netflix boxsets in the UK.

As part of its latest effort to crack down on piracy, Netflix has created a new internal position within its Content Protection team.

The newly-created Title Coverage and Insights Manager will lead the global title protection efforts within Netflix. The company is seeking suitable candidates in Los Angeles, Amsterdam and London. As well as these cities, Netflix has also launched an in-house anti-piracy team in Singapore, which shows that its crackdown is now a global effort. Netflix is available in 190 countries worldwide – the most nations of any streaming service. For comparison, Disney+ is currently available in 64 countries.

“Netflix has an ever-growing number of Originals and other key titles launching each month that need to be protected from piracy,” the company writes in the job listing for its new anti-piracy team leader. “The Content Protection team leads these anti-piracy efforts on a global basis as part of the broader Public Policy team at Netflix. In order to better support the business as it scales, the Content Protection team is looking for a new Manager to lead our internal title protection and data analytic efforts.”

Under the responsibilities listed for the role, Netflix says the new Title Coverage and Insights Manager will need to co-ordinate with online platforms like YouTube and Facebook to ensure that content from the streaming service is properly protected. Building relationships with other members of the MPA is also one of the core tasks, the job listing reveals.

Netflix clearly believes that data-gathering is an important aspect of its anti-piracy efforts. The job listing mentions the need for the successful candidate to gather data on pirate streaming sites, other illicit platforms (like torrent repositories, so-called Kodi Boxes), and cyberlockers. The MPA successfully lobbied the High Court to automatically block a cyberlocker for the first time in the UK back in February.

MixDrop, which enjoyed almost five million visits each month, allowed users to share files online via a cloud-based locker, similar to the functionality found with Microsoft OneDrive, Google Drive, DropBox, and more. However, MixDrop had developed a reputation for sharing Hollywood blockbusters, boxsets from Netflix, Prime Video and Sky TV at no cost. Following the ruling from the High Court, the biggest broadband providers in the UK – like BT, Sky, EE, Virgin Media, TalkTalk and Plusnet – will now automatically block the website for all customers.

Amazon’s Prime Video streaming services boasts Premier League matches, the US Open, and rugby internationals as well as hundreds of Hollywood blockbusters like No Time to Die, The Green Knight, and more. Exclusive shows, like The Boys, Clarkson’s Farm, The Grand Tour, and Transparent, to name a few. Everything is available in up to 4K Ultra HD at no extra cost!