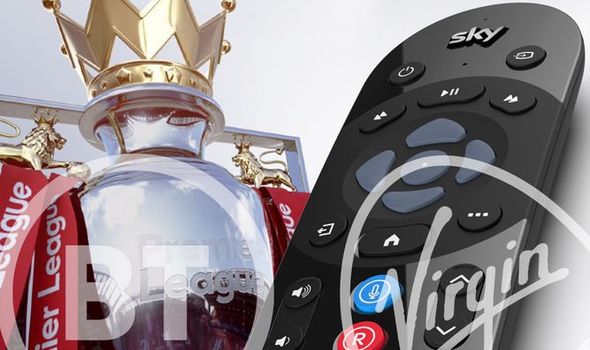 Football is finally coming home this weekend, but with stadiums staying firmly shut to fans due to the ongoing public health crisis, many will be looking to sign-up to a sports package to catch all the action on TV. With the season due to get underway in a few hours, all of the main television suppliers have launched eye-catching deals in an attempt to get fans to join their services.

And, if you want to know what the best offers on the market are right now, here’s our guide to price cuts from Virgin Media, Sky and BT Sport

Virgin Media is boasting that it’s now the cheapest place to watch the action from both BT Sport and Sky Sports with customers able to see all of the games broadcast by these two firms in one place.

Virgin says its research shows that consumers often split their broadband and TV service between multiple providers, which can be more expensive and inconvenient. However, Virgin is offering customers the option of single-billing and the ability to watch Sky Sports and BT Sport – including its dedicated 4K BT Sport Ultimate channel – with its Bigger + Sports bundle.

That package is currently priced at just £65 a month and it also includes broadband with average download speeds of 213Mbps.

Something else that Virgin users get is easy access to Amazon Prime Video through their set-top box which means they can watch all of the games that are being streamed throughout December – something you won’t be able to do on Sky Q.

Sky Sports will be broadcasting over 130 games this season and they also offer one of the best viewing experiences on the market via their award-winning Sky Q box. Right now there are numerous deals available, including some which bundle access to BT Sport and broadband as well.

Finally, there’s a package which includes fast broadband access, BT Sport and Sky Sports for £70 per month which will save you £540 over the term of the 18-month contract. Nice.

If you don’t want a lengthy contract or a whopping great Sky dish hanging off your wall, then NOW TV is a good option. Not only that, but the streaming service is offering a number of discounts for those looking to stream the latest fixtures from Sky Sports.

The deal lasts for 12 months as long as you don’t cancel. If you do, the price reverts back to NOW TV’s standard Sky Sports costs. This is now one of the cheapest ways to get Sky Sports beamed into your house and also offers the flexibility to leave at any time.

BT is currently offering its customers free BT Sport for three months when they sign up to a 24-month contract. That includes 61 live Premier League games and access to the UEFA Champions League.

If you want to add Sky Sports then there’s a deal which cuts the price to £20 per month for the first six months of the two-year contract.