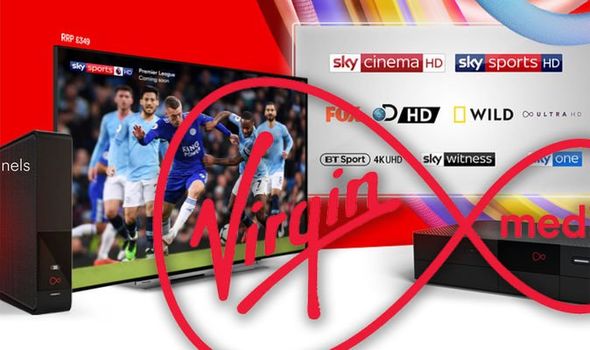 Virgin Media customers have the chance to grab a free 4K TV as the broadband and TV firm reveals a new flash sale.

The offer, which is available from today until Wednesday July 24, includes a 43-inch Toshiba television worth £349 or £150 bill credit when customers sign up to select bundles.

Anyone who opts for the Bigger Movies, Bigger Sports or Bigger Sports & Movies packages will be offered the bonus extras with the Ultimate Oomph bundle also part of the promotion.

This top-tier product includes over 300 channels plus there’s access to Virgin’s 500Mbps broadband and an unlimited SIM for your phone is also part of the deal.

As a quick reminder here’s how much each bundle costs and what’s included.

YOU CAN FIND THE DEALS HERE

This deal from Virgin Media comes as Sky is also giving users the chance to get a tech gift for free. 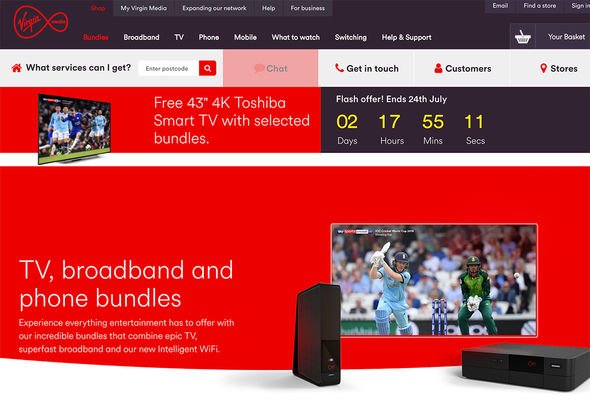 The satellite TV firm is offering a Samsung Galaxy Tab A tablet, worth £249, for free.

This offer is available to anyone signing up to Sky’s £28 per month TV deal which includes numerous channels and a 1GB SIM card for your smartphone.

It’s worth noting that Sky says this deal will end on July 25.

YOU CAN FIND THE DEALS HERE

Along with that offer, there’s also money off those who want and Sky and Netflix.

This Sky Entertainment and Ultimate On Demand bundle currently costs £25 per month which is saving of £9 off the usual cost.

As part of this package, you’ll get 300 channels, access to Netflix and over 500 Sky Box Sets.

Although Sky and Virgin Media are clearly trying to rival one another some recent news has revealed a partnership between the firms.

The two companies have just announced a multi-year partnership that will see them strengthen their track-record of collaboration.

As part of the extended deal, Sky’s line up of entertainment, cinema and sports channels will continue to be available on Virgin Media’s TV platform.

But that’s not all as, from next year, Virgin users will also get to enjoy new Ultra HD and additional video-on-demand content from Sky.