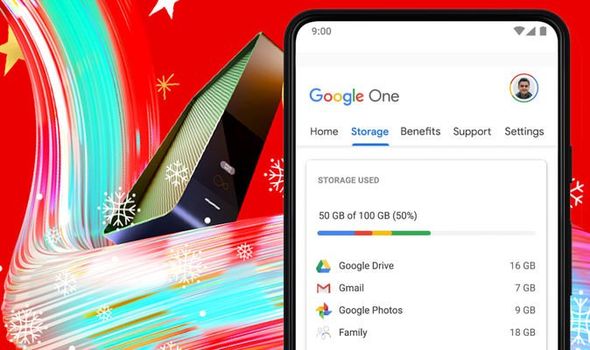 Virgin Media is dishing out a freebie to customers. And unlike the vast majority of broadband deals, this one is open to new and existing customers. Those who pay for a broadband or mobile bundle from Virgin Media will be able to access three months free of Google One.

Google One is a membership scheme that brings a slew of extra benefits, including 100GB of cloud storage, which can be used to pack a truckload of files into Google Drive, or unlimited high-resolution photo back-up in Google Photos. Using the dedicated Google One app on Android and iPhone, members can also use the cloud storage to back-up their contacts, videos, and more.

If you’re going to struggle to completely fill the 100GB allowance, don’t worry. Google allows One subscribers to invite up to five additional family members to your plan, and share the cloud storage with everyone. Family members get their own individual space to store personal files, emails and photos without anyone else being able to access them – but the space used will count towards your 100GB total. Plus, everyone gets access to the other benefits of Google One.

These other benefits include access to Google experts, exclusive discounts on hotels booked via Google, and cash back on purchases bought on the Google Store – at no additional cost.

Unfortunately for Virgin Media customers, this isn’t a free lifetime subscription to Google One. 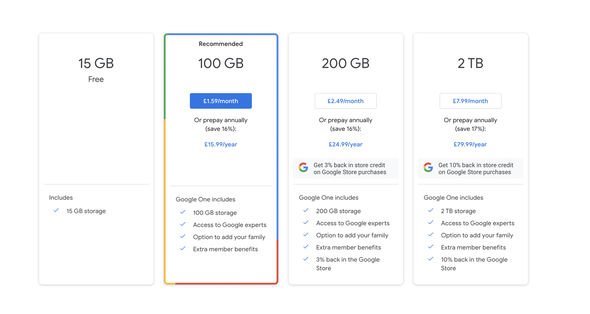 Instead, new and existing Virgin Media customers will be granted access for the first three months at no cost. After the promotional period, Google One costs £1.59 a month for the 100GB plan. Google does offer a slight discount if you pay for a years membership in advance at the rate of £15.99 a year.

If you want more than 100GB cloud storage allowance, you can cough-up £2.49 for a 200GB plan (£24.99 annually), or £7.99 a month for a staggering 2TB of back-up storage on Google’s servers. The latter costs an impressive £79.99 each year, although this option does reward subscribers with 10 percent cashback for anything bought in the Google Store during that year – pretty handy if you’ve got your eye on a few Google Nest smart home gadgets, a new Pixel smartphone, or a Chromecast with Google TV.

The promotion kickstarted on December 17 2020. If you’re already a Virgin Media customer, you can take advantage of the offer by heading to virginmedia.com/shop/google-one to redeem the “three months trial”. You’ll need to sign-in with a Google Account and input form of payment to sign-up. Google will warn users before the subscription switches to a paid membership at the end of the three months.