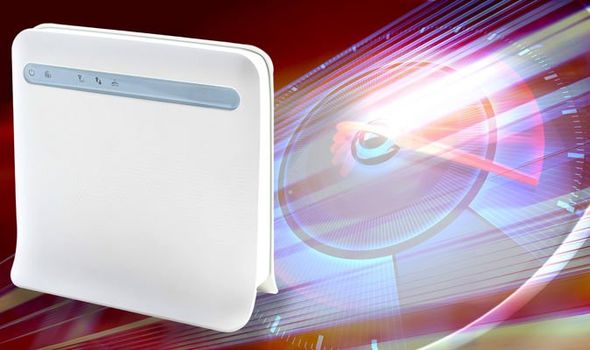 BT broadband, Sky, Plusnet, Virgin Media and others are available across a huge range of areas around the UK. In fact, chances are, you’ll be able to use one or more of these companies to connect to the internet, regardless of where you live nationwide. However, despite some major infrastructure upgrades in recent years, these broadband companies don’t always offer the fastest connections. If you’re hell-bent on having the fastest broadband available and have signed-up to one of these firms, you might want to stop reading this story and find another article to enjoy…

That’s because new-kid-on-the-block SwishFibre, which is only available in a handful of postcodes, claims to be the first residential broadband provider to have passed the 9Gbps milestone. Swish Fibre announced the eye-watering speed of 9,018.26Mbps during a residential speed-test on its Full Fibre broadband network in Gerrards Cross.

For comparison, the average broadband speed nationwide is around 65Mbps – making this new milestone from SwishFibre around 138 times faster.

To put that eye-watering amount of speed into context, Netflix only requires 25Mbps to stream its shows and movies in the highest quality on offer. Of course, in busy households, it only takes a few people to stream shows at the same time – or try to back-up their smartphone, download a new update, receive a video call, or update their computer at the same time to quickly top-out a 65Mbps connection and be stuck with the annoying st-st-stuttering.

As emerging technologies, such as Augmented Reality (AR), Virtual Reality (VR) and 8K video streams become more commonplace, a full-fibre connection will likely more from a luxury to a necessity.

MORE LIKE THIS
Your Virgin Media bill goes up tomorrow, but there are ways to beat it 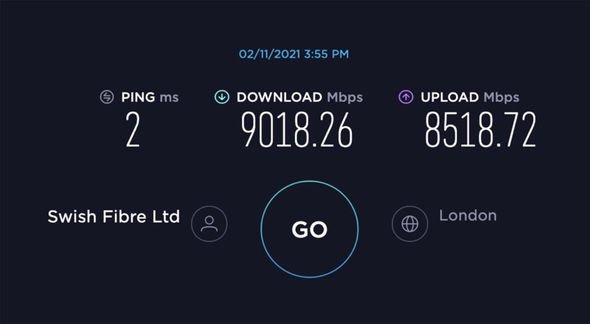 However, it’s worth noting that to take advantage of a speed like 9,018.26Mbps, you’ll need some pretty specialist kit. Most household routers top-out at 1Gbps, so don’t expect to be able to stream at almost 10Gbps using the Wi-Fi in your home. Likewise, you’ll need a desktop PC with an ethernet port capable of handing those speeds.

Nevertheless, as millions of people across the country look to change their work habits permanently – increasing their time working from home, use video conferencing to socialise with friends and family long-distance, new boxsets to stream, and as new technologies become more commonplace – these speeds could soon become in-demand. Virgin Media and BT currently top-out at 1Gbps, although these speeds are not available nationwide as yet, although that’s slowly changing.

The UK currently is currently in 47th position worldwide when it comes to broadband speed rankings. SwishFibre is one of a number of new start-ups trying to change that by installing all-new future-proofed infrastructure to boost broadband network speeds. 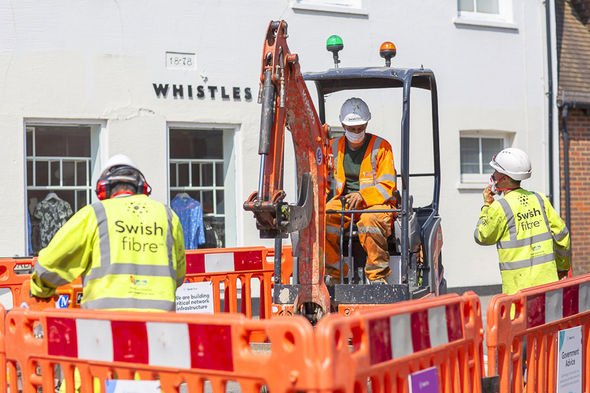 Swish is building 10 Gbps access networks using state of the art XGSPON technology. Every property that takes a Swish Fibre service is fitted with the same Optical Network Terminal (ONT) on which these speeds were recorded. Swish Fibre has current plans to bring its 10Gbps Full Fibre broadband network to at least 250,000 homes and businesses across the Home Counties.

Speaking about the record speed test recorded, Alistair Goulden, CMO of Swish Fibre, told Express.co.uk: “This is the first time that we have seen such speeds on a residential network in the UK. Every single property that Swish provide a service to can be run at these very high speeds.

“While today’s in-home hardware and broadband consumption doesn’t warrant such a lightning-fast service, it means our network is fit for the future. As technology advances over the coming years, Swish Fibre customers can have confidence that their broadband will continue to grow to meet their future needs.”