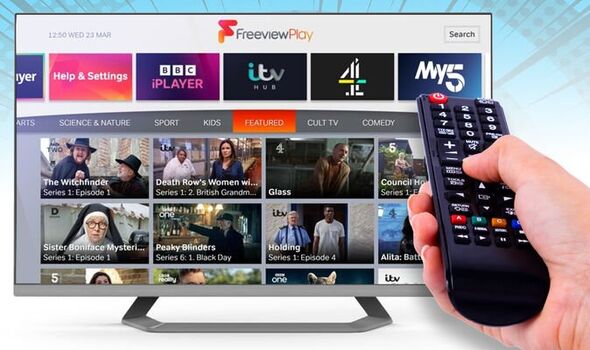 Freeview is rolling out a number of changes across the UK this week, including the arrival of a brand-new channel. Whether you watch Freeview channels via a built-in tuner in your Smart TV, a dedicated set-top box with the ability to record and pause live telly, or the Sky Q box …these channels will be coming to your screen in the next few days.

First up, Freeview is switching around the channel numbers for a few key platforms. If you use the numeric keypad on your remote to quickly jump to the right channel – or switch between multiple channels to avoid the ad breaks – then you’re going to have to memorise some new numbers. For everyone else, this change won’t do much but make it more tedious to scroll through the TV guide, since some of the channels have moved from pretty prominent positions (channel 23) to much further down the listings (channel 74).

It’s to make room for a trio of new channels. W is coming to Freeview for the first time. Until now, the channel – exclusive home to shows like Stacey Dooley Sleeps Over, MasterChef USA, Inside the Ambulance – was exclusive to paid-for platforms like Sky Q, Sky Glass, and Virgin TV 360. UKTV, the company behind channels like Dave and Alibi, is behind the W channel.

W arrives on March 28 and will be available on Freeview Channel 25 – the spot previously reserved for Dave Ja Vu.

But as one channel arrives, another departs. Yes, Ideal Extra, previously found on Channel 94, is being removed from all Freeview boxes and devices this week. So don’t waste any time retuning your gadgets if you can’t watch shows on Ideal Extra – you’re not the only one.

Everything you love about Sky Q, but without the need for a satellite dish to be fixed to the outside of your house. Sky Glass brings everything into a QLED TV coupled with a sound system. Available in 43-, 55-, and 65-inch screen sizes, Sky Glass is an all-in-one solution that offers access to all of the most popular Sky TV channels, as well as Netflix, Prime Video, Disney+ and more

Like Virgin Media, BT only bundles its telly offering with a broadband package. BT TV is the only provider with AMC – the network behind hits like Mad Men, Breaking Bad, and Fear the Walking Dead. You’ll also get Sky TV channels like Sky Showcase, Sky Atlantic and more via a NOW subscription as well as access to hit shows such as Squid Game and You with a Netflix membership. The BT TV box also has enough storage to hold 600 hours of recorded shows too

With this bundle, you’ll unlock the most popular Sky TV channels – like Sky Atlantic, Sky Comedy, MTV, Sky Sports News – as well as a Netflix subscription. Given that Netflix alone costs £10 a month, this deal for the latest Sky Q kit, hundreds of satellite channels and access to 500 on-demand boxsets to binge is pretty special

You can’t buy TV from Virgin Media without including one of its broadband bundles. But when you consider this deal comes with Sky TV channels including Sky Showcase, Sky History, Sky Arts, Discovery HD, National Geographic as well as 108Mbps download speeds and free weekend calls… it suddenly looks incredibly competitive. Virgin Media’s TV 360 boxes don’t need a satellite dish and you pause in one room and pick up in another one!