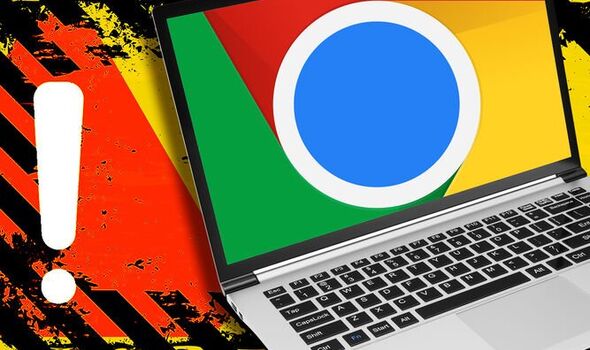 All Chrome users are being urged to make a simple but vital change to their browser. Google has just released a big update to its popular software which fixes a total of 11 security issues and the US firm is urging everyone to install the patch immediately. The biggest reason to hit the upgrade button in Chrome is that one of the bugs discovered has been given the dreaded zero-day rating.

Zero-day warnings are every gadget owners worst nightmare. That’s because zero-day means it’s possible – and highly likely – the issue is known to hackers and is being actively exploited right now. That’s why Google has rushed to release the patch so quickly.

In a message on its security page, Google said: “This update includes 11 security fixes. Google is aware of reports that an exploit for CVE-2022-0609 exists in the wild. We would also like to thank all security researchers that worked with us during the development cycle to prevent security bugs from ever reaching the stable channel.”

The firm says that it will upgrade all users automatically in the coming days and weeks but there is a simple way to make sure your PC is protected today.

If you use Chrome then it’s worth checking that your Windows 10 PC, Mac or Chromebook is running the latest software which is named version 98.0.4758.102.

To do this simply launch your browser, head to Chrome in your menu bar and tap “About Chrome.”

Here you’ll see which version of Chrome you are running and if your browser is ready to be upgraded or not.

There’s currently no word on what this Chrome bug is capable of in the wrong hands with Google saying that access to full details and links are likely to be kept restricted until a majority of users are updated with a fix.

News of this release comes as Apple has also just had to push out a security fix for its iPhones.

The US firm released the vital new update for iPhone, iPad and macOS devices that fixes a vulnerability hackers had been taking advantage of. The flaw gave bad actors the ability to run code on compromised devices and could lead to OS crashes. The zero-day vulnerability affected Webkit, which is the rendering engine Apple uses for all browsers – not just Safari – on iOS and iPadOS.

Describing the vulnerability, which has been labelled CVE-2022-22620, the iPhone makers said: “Processing maliciously crafted web content may lead to arbitrary code execution. Apple is aware of a report that this issue may have been actively exploited.”