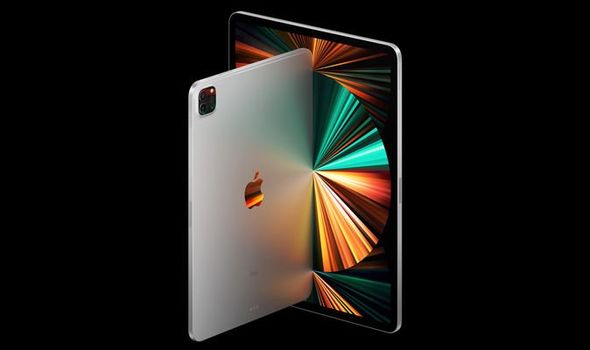 Apple has updated its popular iPad Pro with the fastest performance seen on any tablet on the planet. Oh, and there’s a new screen too. Apple revealed the upgraded tablet during its latest showcase event, which was teased with the tagline “Spring Loaded” alongside a redesigned iMac, AirTags to track your lost keys, and an iPhone 12 in a new purple colour.

The new iPad Pro is powered by the same custom-designed Apple M1 processor that powers the latest MacBook Air, MacBook Pro, and iMac. Yes, really. The same system-on-a-chip that Apple uses for its MacBook Pro – a laptop designed for working professionals – is now in an iPad. According to Apple, that should unlock some serious performance in the most memory-hungry applications, like Photoshop.

And of course, it’ll also be able to handle posting a status on Facebook, bingeing a boxset on Netflix, and playing games on the sofa too.

It wasn’t much of a surprise to see CEO Tim Cook and co. take the wraps off a new version of the iPad Pro. After all, the previous version of the iPad Pro, which is available in 11 and 12.9-inch screen sizes, was announced back in March 2020. Since then, Apple has redesigned its more affordable iPad Air, which is equipped with its latest-and-greatest A14 Bionic system-on-a-chip – leaving the £579 iPad Air with a more powerful chipset than the “Pro” level iPad. 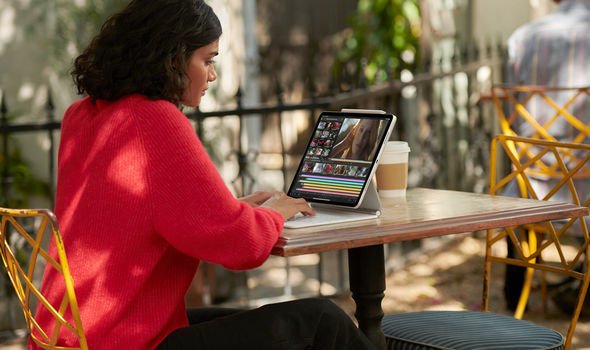 However, there weren’t any analysts or tipsters who predicted that Apple would bring its desktop-class processor, the M1, to its tablet range.

iPad Pro is also equipped with 5G and supports downloads up to 4Gbps using the next-generation mobile networks, so you’ll be able to take part in videoconferences without a single stutter. For comparison, the average household broadband speed in the UK is still a measly 65Mbps.

If you prefer a good old-fashioned cable, Apple has equipped its latest tablet with a Thunderbolt, which is capable of powering a 6K external display. Leveraging the same USB-C port (don’t worry – you won’t need to buy any new cables or dongles) Apple is able to achieve 4x more bandwidth for wired connections than the previous iPad Pro — up to 40Gbps. Thunderbolt supports 10Gbps Ethernet and opens up a massive ecosystem of high-performance accessories, like faster external storage and even higher resolution external displays, like the Pro Display XDR at full 6K resolution.

Apple has also tweaked the cameras in the iPad Pro. The front-facing camera now supports Portrait Mode, so you’ll be able to add some tasteful bokeh-style blur to the background of your selfies. Apple has also added an ultra-wide camera to the front of the iPad too. This enables a new feature, dubbed Center Stage, which uses AI to switch between the wide and ultra-wide camera during a video call to make sure you’re always in-frame.

So, you can prop up your iPad and then continue making dinner, putting away your washing, or whatever else, and your friends and family will still be able to see you, thanks to the dual-camera system. This is something that – so far – is completely unique to the iPad. Even the priciest iPhone 12 Pro doesn’t have an ultra-wide selfie camera. 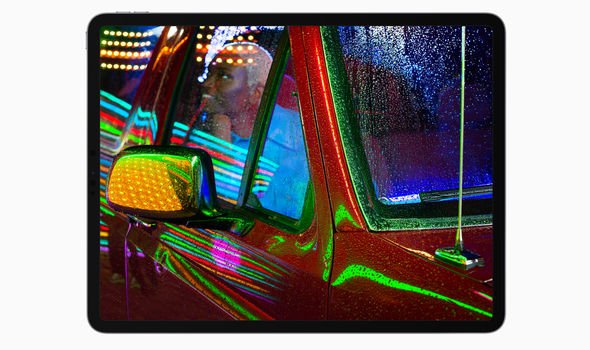 Thankfully, the new iPad Pro isn’t only about the system-on-a-chip.

Apple has also moved to new screen technology. Unlike its best-selling iPhone, which started to introduce OLED panels to the line-up with the iPhone X back in 2017 and can now be found in every model in the iPhone 12 range, the iPad has stuck with older LCD screen technology. OLED offers cavernous blacks and more contrast, which is perfect on a gadget like an iPad – primarily designed for watching movies, editing photos, and playing games.

Apple has turned to Mini-LED displays to bring a level of performance to the iPad Pro screen that we’ve seen from its Pro Display XDR. Apple says the new screen will be able to render HDR photos and video in more “true to life” detail. Dubbed the Liquid Retina XDR display brings the stunning front-of-screen performance of the Pro Display XDR to the 12.9-inch iPad Pro. “Engineered with a new cutting-edge mini-LED design that uses over 10,000 LEDs across the entire back of the display, the Liquid Retina XDR display features up to 1000 nits of full-screen brightness, 1600 nits of peak brightness, and a phenomenal 1 million-to-1 contrast ratio to enhance creative workflows,” Apple says.

Unfortunately, this shiny new screen is only available on the 12.9-inch model, with the 11-inch model still keeping the same LCD panel as last year.

“The revolutionary M1 chip has been a breakthrough for the Mac, and we’re incredibly excited to bring it to iPad Pro,” said Greg Joswiak, Apple Senior Vice President of Worldwide Marketing. “With M1’s huge jump in performance, a groundbreaking extreme dynamic range experience on the 12.9-inch Liquid Retina XDR display, up to 2TB of high-speed storage, Thunderbolt expansion, a four-speaker audio system, pro cameras with LiDAR Scanner, blazing-fast 5G connectivity, an amazing video-calling experience with Center Stage — combined with the advanced features of iPadOS and a powerful pro app ecosystem all in a device users can hold in one hand — there’s nothing else like iPad Pro.”