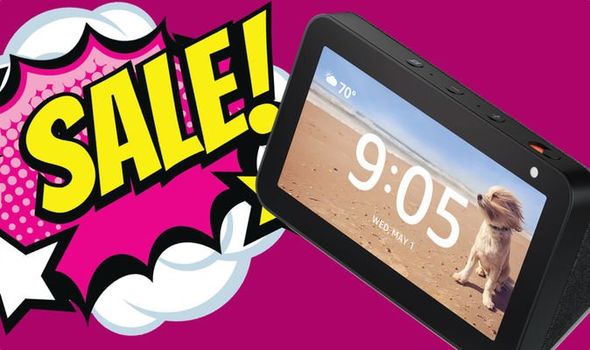 Amazon has unleashed a series of unbelievable deals on its Echo smart speakers. If you’ve been using Amazon’s drop-in video call feature or the voice chat functionality built into all Echo smart speakers to keep in touch with friends and family during the lockdown to stop the spread of the coronavirus – it could be a perfect chance to upgrade, or get a few more family members connected with the gadgets.

There are deals on almost all Echo devices at the moment – strangely the £89.99 Amazon Echo is one of the few that hasn’t been discounted in the latest round of sales.

That’s not quite the lowest price it has ever been, but it’s still a healthy 40 per cent discount.

The Echo Plus is a little cheaper at the moment when bundled with a Philips Hue smart bulb, but Amazon hasn’t dropped the price of the standalone speaker, which is designed to replace a number of popular bridges for smart home kit that needs to be plugged into your router – tidying up the mass of cables and saving you the cost of the designated bridge for each range of products.

But the biggest bargains to be had at the moment are the Amazon-branded devices with displays.

The Echo Show 8 has dropped back to its lowest-ever price – now available for £59.99 compared to its usual £119.99 price tag. Echo Show 8 has an eight-inch touchscreen that can display extra information whenever you ask AI assistant Alexa a question – you’ll also be able to watch videos on the screen, follow recipes, and more.

If you’d like to video call relatives, you’ll want to make sure that you buy one of the Echo range with a display.

Like all Echo devices, Amazon has built in the ability to electronically disable the microphone if you’d like some privacy from the always-listening assistant. Echo Show 5 usually costs £79.99, but is currently on sale for £49.99.

With all of the above deals, Amazon offers customers the ability to pay in monthly instalments. Amazon doesn’t charge any interest with this option. For example, Echo Show 5 can be paid back in five monthly repayments of £10 if you’d rather not stump up the £49.99 upfront.