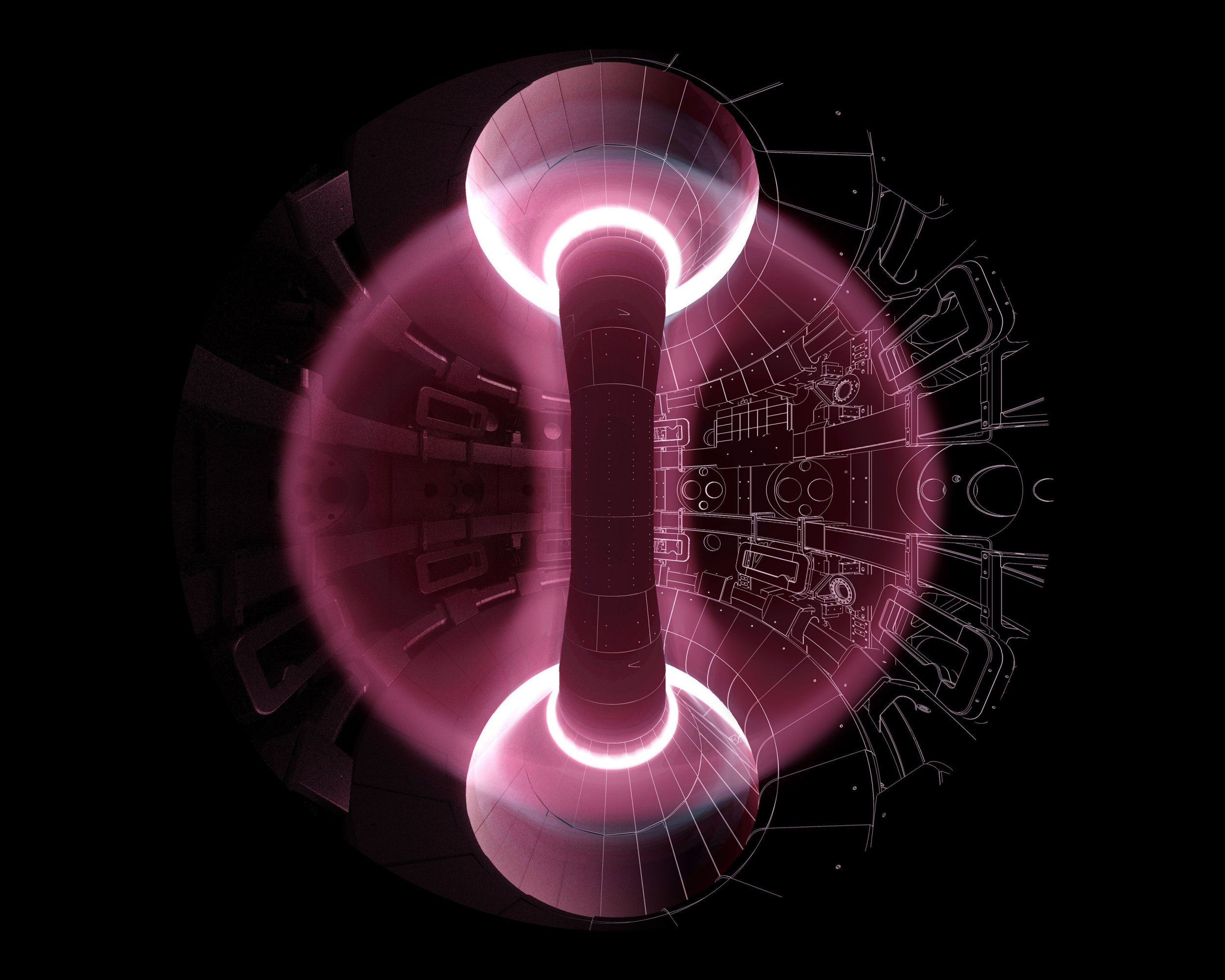 Scientists have successfully tested a world-first concept that could clear one of the major hurdles in developing fusion energy.

Experts say that with no greenhouse gas emissions and abundant fuels, fusion can be a safe and sustainable part of the world’s future energy supply.

Fusion energy is based on the same principle by which stars create heat and light.

Using a machine called a tokamak, a fusion power station will heat a gas, or plasma, enabling types of hydrogen fuel to fuse together to release energy that can generate electricity.

A key challenge in getting tokamaks on the electricity grid is removing excess heat produced during fusion reactions.

Without an exhaust system to handle the intense heat, materials will have to be regularly replaced, significantly affecting the amount of time a power plant could operate for.

But the experiment suggests the new system, known as a Super-X divertor, would allow components in commercial tokamaks to last much longer.

This would greatly increase the power plant’s availability, improving its economic viability and reducing the cost of fusion electricity, researchers say.

Tests at MAST Upgrade, at Culham, near Oxford, which began operating in October 2020, have shown at least a 10-fold reduction in heat on materials with the Super-X system.

According to experts this could be a game-changer for creating fusion power plants that can deliver affordable, efficient electricity.

UKAEA is planning to build a prototype – known as STEP – by the early 2040s, using a compact machine called the ‘spherical tokamak’.

The success of the Super-X divertor is a boost for engineers designing the STEP device, as it is particularly suited to the spherical tokamak.

The results will be announced on Wednesday at the official opening of the MAST Upgrade facility, where British astronaut Tim Peake is creating his own artificial star by running a plasma test on the machine.

UKAEA’s lead scientist at MAST Upgrade, Dr Andrew Kirk, said: ‘These are fantastic results. They are the moment our team at UKAEA has been working towards for almost a decade.

‘We built MAST Upgrade to solve the exhaust problem for compact fusion power plants, and the signs are that we’ve succeeded.

‘Super-X reduces the heat on the exhaust system from a blowtorch level down to more like you’d find in a car engine.

‘This could mean it would only have to be replaced once during the lifetime of a power plant.

‘It’s a pivotal development for the UK’s plan to put a fusion power plant on the grid by the early 2040s – and for bringing low-carbon energy from fusion to the world.’

Professor Ian Chapman, chief executive of the UKAEA, said: ‘The UK plan is to complete the build of this STEP device by the 2040s.

‘That’s comparable to what the Chinese in the US are advocating around that timeline as well.

‘In terms of the challenges which are left to arrive at a prototype power plant, well for exhausting the heat from a compact device, this was absolutely essential.

‘So, without these results, we wouldn’t have been able to continue on the pathway of designing a compact machine, because if you can’t get the heat out, you definitely can’t build a power plant like that, so it’s a really essential result.

‘That’s why it’s so important for the basis of these compact, cheaper power plants.

‘You could, of course, still take the big, big power plant path, but with that comes a capital cost and so you need to be paying significant sums of money each time you build a power station like that.’