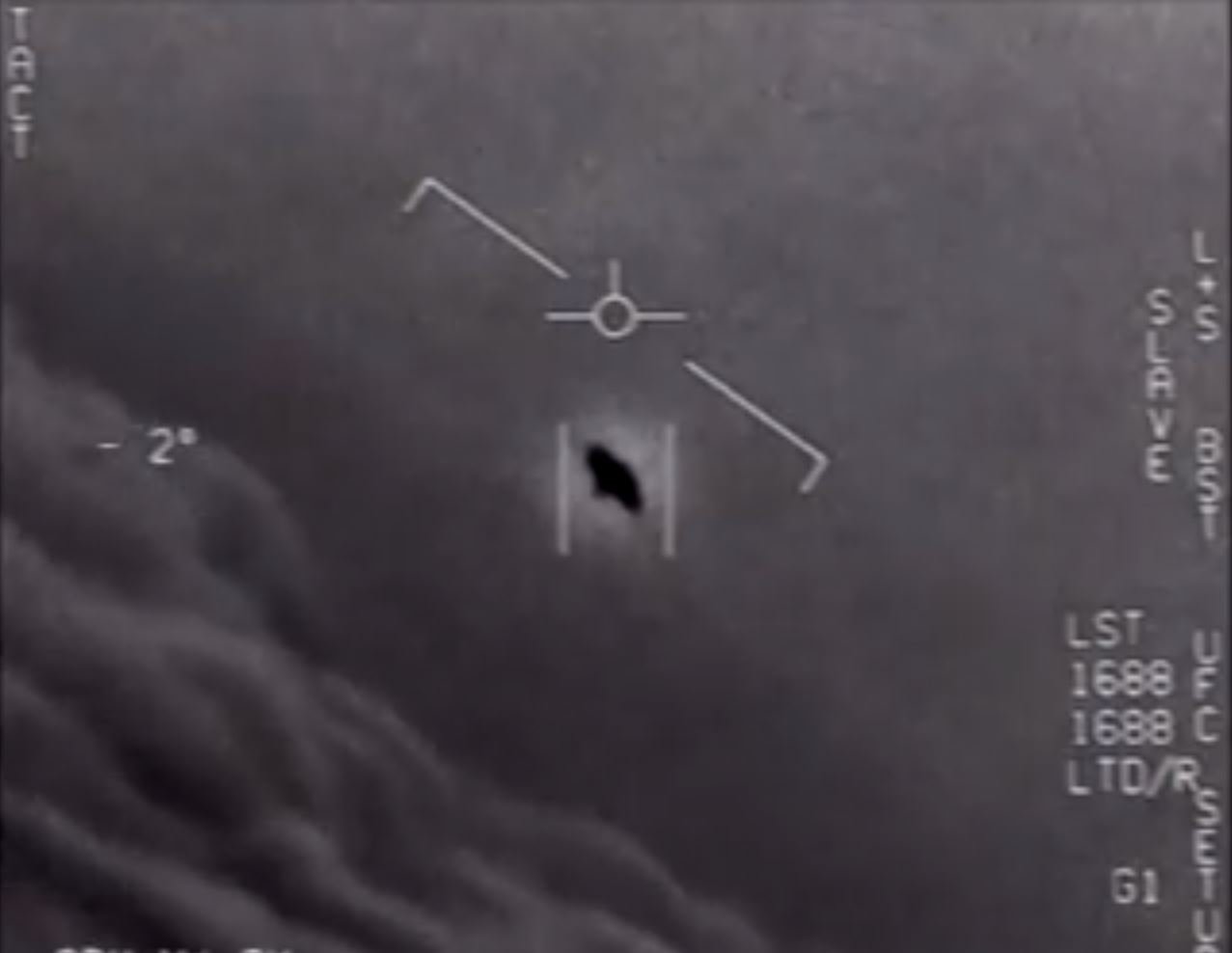 The American government reckons grainy footage of UFOs shot by Navy pilots a while ago shows no evidence of aliens or advanced military tech.

According to a report in the New York Times, senior officials in the current administration have been briefed on the contents of a forthcoming report into ‘Unidentified Aerial Phenomena’ UAPs.

These UAPs (the new name for UFOs) have been noted in ‘more than 120 incidents’ according to the times.

But it seems the US government isn’t about to start planning for first contact just yet.

Many of the 120-plus sightings reviewed in the classified intelligence study from a Pentagon task force were reported by U.S. Navy personnel, while some involved foreign militaries, according to the Times.

The newspaper said U.S. intelligence officials believe experimental technology of a rival power could account for at least some of the aerial phenomena in question.

One unnamed senior U.S. official briefed on the report told the Times there was concern among American intelligence and military officials that China or Russia could be experimenting with hypersonic technology.

An unclassified version of the report expected to be submitted to Congress by June 25 will present few other conclusions, the newspaper said.

Public fascination with unidentified flying objects has been stoked in recent weeks by the forthcoming report, with UFO enthusiasts anticipating revelations about unexplained sightings many believe the government has sought to discredit or cover up for decades.

But senior U.S. officials cited in the Times article said the report’s ambiguity meant the government was unable to definitively rule out theories that the unidentified phenomena might have been extraterrestrial in nature.

The government’s UAP Task Force was created following a spate of observations by military pilots of unknown aerial objects exhibiting exotic speeds and maneuverability that seemingly defied the limits of known technology and laws of physics.

Led by the Navy, the task force was established last year to ‘improve its understanding of, and gain insight into, the nature and origins of UAP incursions into our training ranges and designated airspace,’ Pentagon spokeswoman Sue Gough told the Reuters news agency.

She said such incidents are of concern because of safety and national security implications.

Responding to Reuters’ questions about the task force report, Gough said in an email earlier on Thursday: ‘We do not publicly discuss the details of the UAP observations, the task force or examinations.’

The term ‘unidentified flying objects,’ or UFOs, long associated with the idea of alien spacecraft, has been largely supplanted in official government parlance by UAP, short for unidentified aerial phenomena, since December 2017.

It was then that the Pentagon first went on record, in a New York Times article, acknowledging documented UAP encounters by its warplanes and ships and efforts to catalog them, marking a turnaround from decades of publicly treating the subject as taboo.

Recently, even former president Obama got in on the action, saying he ‘wants to know the truth’ about the aerial encounters.

In response to a question (again, from the New York Times) asking what would happen if we knew there were aliens but couldn’t contact them, Obama said: ‘And so I would hope that the knowledge that there were aliens out there would solidify people’s sense that what we have in common is a little more important.’