WARWICK, Rhode Island (Reuters) – Urban transportation’s transformation has shifted up a gear as the coronavirus crisis turns travel habits on their head, with Uber making allies of public transit systems by now offering to sell them its software expertise. 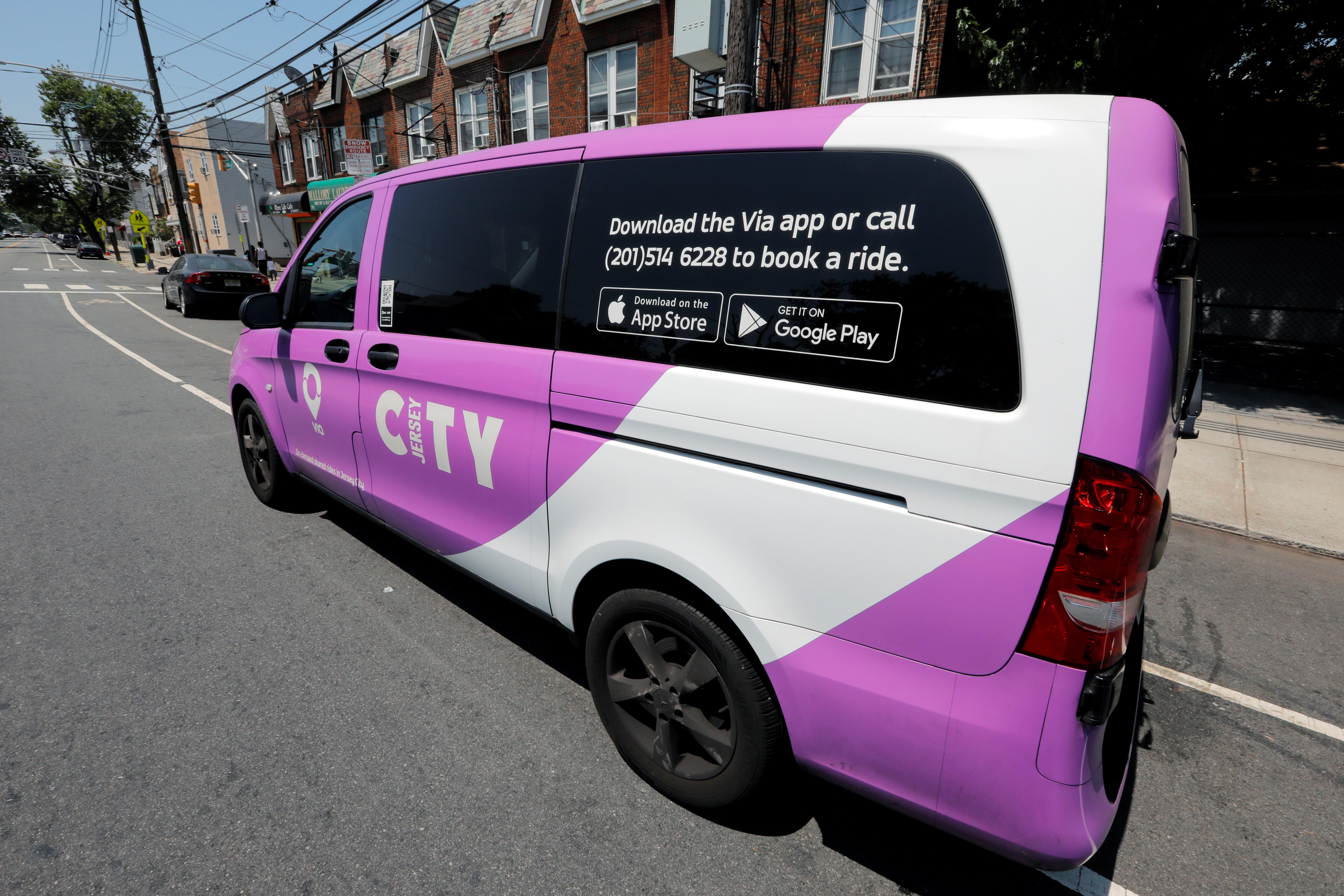 This means Marin County’s Transportation Authority will next month allow passengers in the San Francisco Bay area to book a trip through the Uber app, but rather than someone’s private car they will ride wheelchair-accessible public vans.

From the streets of Utah’s Salt Lake City to Missouri’s St. Louis and New Jersey’s Jersey City, more than 120 U.S. transit agencies have launched collaborations with ride-hail firms in the past two years, data analyzed by Reuters shows.

Lyft Inc, Uber and other ride hailing companies have previously been competing with public bus and train services for revenue from commuters.

But during the coronavirus crisis they are leaning on each other in an urgent search for cost savings and new business opportunities, with many cities planning to expand or permanently implement on-demand services operated or powered by ride-hail companies.

This they hope will not only save costs, but improve access to business districts and convince transit-wary commuters and shoppers to ditch their cars. Replacing low-use routes allows cities to offload insurance costs or move existing buses onto more profitable routes.

For a graphic on how U.S. mobility patterns changed during the pandemic, click here: tmsnrt.rs/3eEFmAC

As states reopen trip requests are still well below last year’s levels and the companies have had to make massive cost cuts and lay off thousands. Meanwhile, transit officials are struggling with the costs of running largely empty buses on routes that no longer serve residents’ needs.

“There’s a need for us to work together and the flexibility their technology provides really plays a big role,” Carlos Cruz-Casas, assistant director of Miami-Date County’s department of transportation said of Uber and Lyft.

The county began replacing night buses with subsidized ride-hail trips during the pandemic, when ridership dropped as much as 80%. Now, Miami-Dade plans to offer the option permanently as part of a larger bus route restructuring program.

Passengers in Denver and Las Vegas can buy transit tickets through Uber’s app, which already integrates information from more than 15 cities worldwide.

Uber has partnerships with more than 30 global transit agencies that use its ride services to connect riders to hubs, replace low-use bus lines or offer wheelchair-accessibility.

Lyft, which only operates in the United States and Canada, launched its transit program in 2016 and has since partnered with more than 80 cities to provide transit hub connections, paratransit, night and weekend support, its head of transit and micromobility policy, Caroline Samponaro, said.

Lyft, which seen growing interest from transit agencies during the pandemic, also integrates transit data from several U.S. cities into its app, but does not at present offer software-based services to transit agencies, Samponaro said. 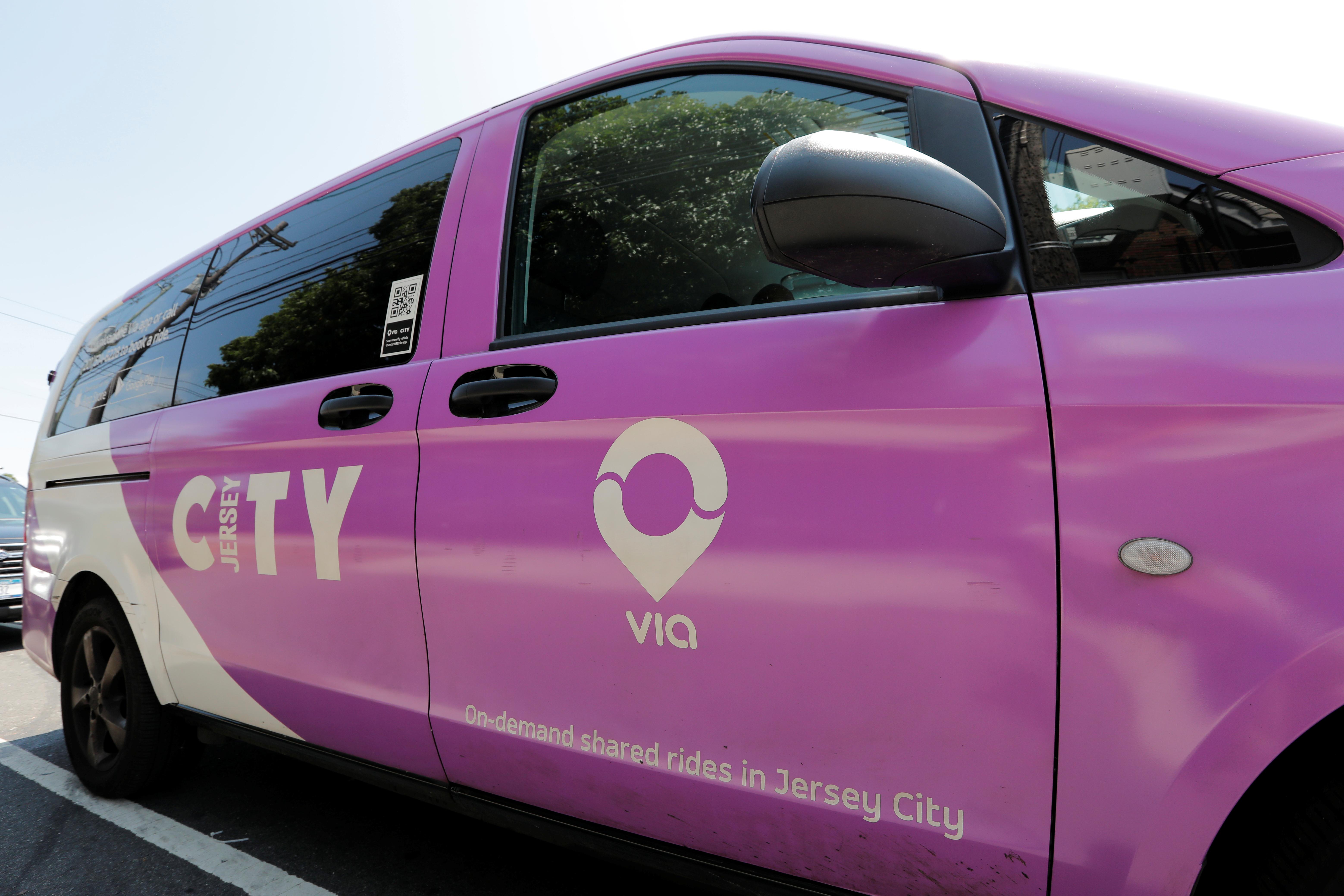 Via, a privately-held transportation company, is operating consumer ride-hail services in a joint venture with Daimler AG’s Mercedes-Benz in six cities and has struck transit partnerships with more than 90 agencies around the world.

“There’s a recognition that transit budgets will be very thin for a long time and demand much more volatile,” Ramot said.