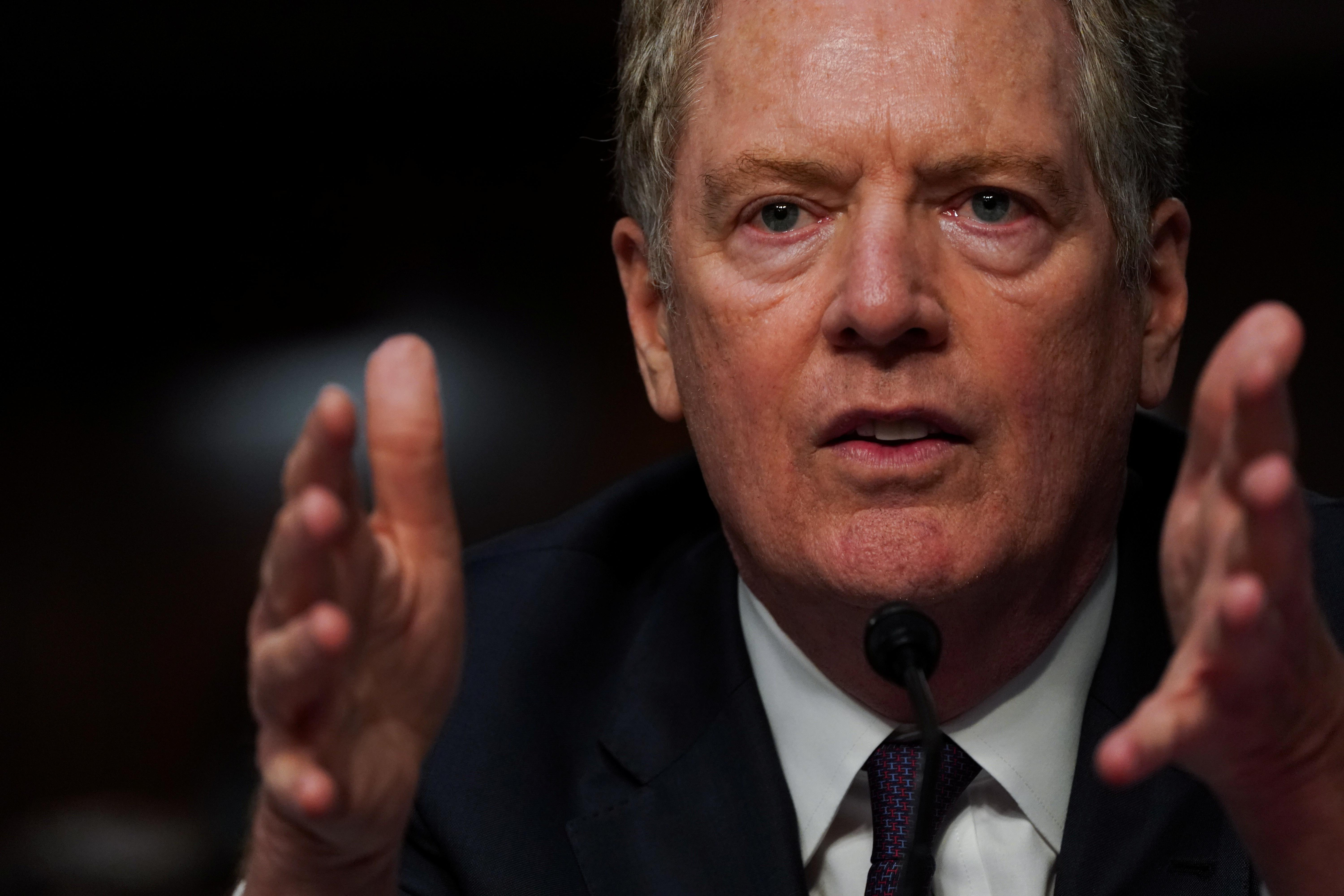 WASHINGTON (Reuters) – The Trump administration will announce actions against France over its digital services tax but will defer them while France defers tax collections from U.S. technology firms, U.S. Trade Representative Robert Lighthizer said on Thursday.

The actions, expected by industry to be announced on Friday, are tied to a U.S. Section 301 probe into France’s digital tax, which Washington says discriminates against U.S. tech firms such as Google, Facebook and Apple Inc.

The United States last month withdrew from multilateral talks to reach a global solution on digital services taxation, citing a lack of progress in the negotiations.

“We’re going to announce that we’re going to be taking certain sanctions against France, suspending them like they’re suspending collection of the taxes right now,” Lighthizer told an online event hosted by the London-based Chatham House think tank.