The internet is a weird and wonderful place, and one of the websites that really embodies all the 'net stands for is Tumblr. 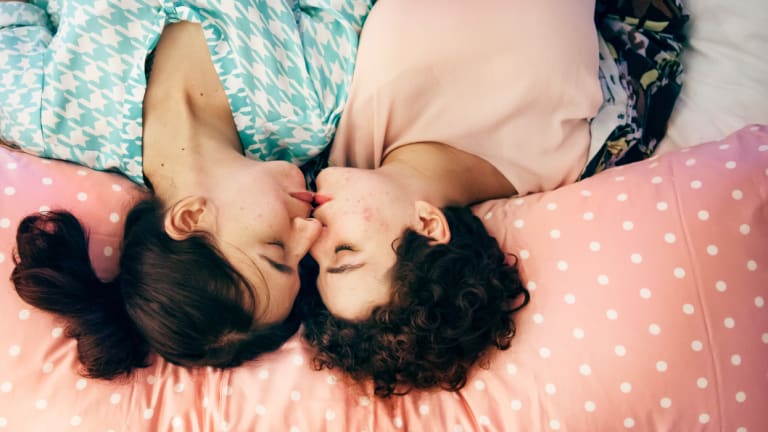 It’s a place where the different sides of Tumblr never see each other; if you’re on the lesbian fandom side, it can be easy to forget straight people use the site. So it’s entirely possible to miss the darker parts of Tumblr if that’s not what you’re into.

It’s also lovingly known as the most incompetent major social media site out there, with many users noticing just how bad it is are at targeted advertising, and how impossible it can be for popular blogs to monetise their influence.

But it is presented in chronological order, so people just accept it.

This comes after the move in February to have "safe mode" automatically turned on for all users unless they opt out.

But today is when it all came to a head with Tumblr announcing that as of December 17, all "adult" content will be removed from the site in a post titled "A better, more positive Tumblr".

More importantly, though, it’s been a place where diverse sex-ed and body positive images have been welcomed. Schools don’t teach you how to have safe sex when you’re queer, and there are a bunch of Tumblr blogs that educate teenagers (and late blooming adults) about how to have safe and responsible sex, both mechanically and emotionally.

There’s also The Large Labia Project, which has been a valuable tool for AFAB (assigned female at birth) people to see a wide variety of genitals and be reassured that theirs is ‘normal’. In fact, it was only this month that a group of Australian researchers published a paper talking about the importance of this resource.

And, as always with these kinds of crackdowns, innocent posts about people in the LGBT community are being flagged as ‘adult’ and hidden from view. This is what happened with the "safe filter incident" in February, when even some of my very SFW blog posts talking about my wedding to my wife were flagged as sensitive content. And, while pictures of heterosexual couples kissing aren’t being flagged now, two men kissing or two fully clothed women in a bed are.

The same thing happened when Amazon tried to exclude "adult" material from appearing in searches in 2009, and YouTube hid videos of cats being petted near rainbow flags, random episodes of the Carmilla webseries, and other innocent queer-adjacent videos in restricted mode last year.

When we reached out to Tumblr for comment, it sent us to the blog post and a support page detailing about to dispute being flagged.

Of course, Tumblr users are reacting to this development in the only way they know how: memes, memes and more memes.

Yes, something absolutely needs to be done about the more sinister and creepy sides of Tumblr, but burning down the good (if naked) parts of the community just to kill the spiders is overkill, and will only cause further hurt to marginalised communities while removing important resources.