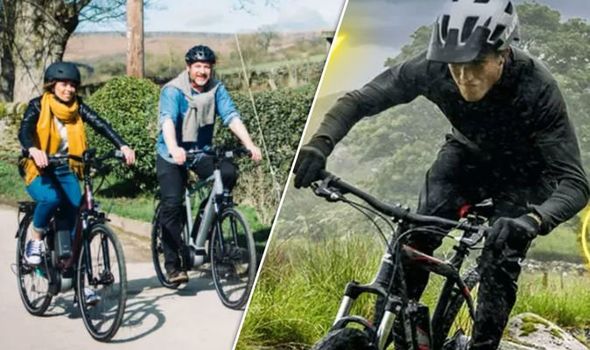 Halfords is one of the best places to pick up an electric bike on a budget. The UK retailer recently took stock of a range of impressive Carrera electric bikes, with prices starting from £1,099. That’s a very appealing price point, especially considering not too long ago you’d be looking to spend around £2,000 or £3,000 for a half decent entry-level electric bike.

And if you’re thinking of picking up an electric bike, then you can now get a taster of why these motorised two wheelers have been surging in popularity during the past year or so. This week Halfords launched a new scheme which lets people try out an electric bike entirely for free.

The trial lasts for six hours, and anyone that signs up has a wide range of electric bikes to choose from. Instead of being limited to just a handful of bikes to take for a test run customers can opt for one of 13 different options.

Electric bikes that Halfords offer as part of the trial scheme include foldable bikes, mountain bikes and traditional looking road bikes. Two wheelers from Carrera and Pendleton are available to try out as part of the Halfords free trial.

To take part in the scheme, you’ll have to head to the Halfords website and see if your local store offers an electric bike trial.

You don’t have to break the bank to get into the electric bike scene. Previously if you wanted a half decent eBike you’d be looking to pay around £2,000 to £3,000. But thanks to manufacturers like Carrera you can now get an electric bike which comes with plenty of specs you’d usually find on more expensive models for around £1,000.

The Carrera impel range offers some of the most affordable eBikes around. The im-1, which costs £1,099, and the im-2 (priced at £1,299) share plenty of the same specs – including a max range of 50, a recharge time of five to seven hours and the same 250W rear motor. Where the im-2 offers an upgrade over the im-1 is the inclusion of a nine-speed gear mechanism.

If you’re after an electric bike suitable for mountain biking then the Carrera Vengeance could be the one for you. The Vengeance boasts Suntour XCT coil suspension on the front wheel which will cushion bumps on rough terrain. Halfords says the Vengeance is “an all-round package” that can “tackle any hill”.

The cheapest electric bike available at Halfords is the Assist Hybrid. This commuter bike has a maximum range of up to 20 miles, a removable battery with a speedy recharge time of between two to three hours. Typically this electric bike would cost £599, which is already a bargain price. But Halfords is sweetening this deal by cutting the price of the Assist Hybrid by £100 to £499.