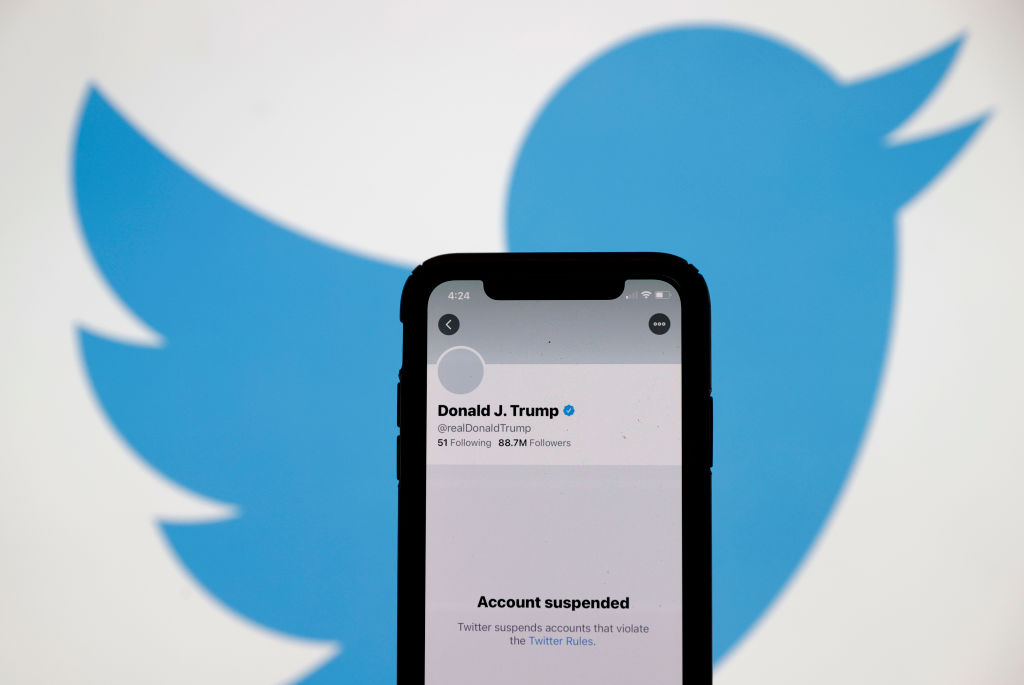 Former US president Donald Trump has praised Nigeria’s decision to ban Twitter, after the social media platform deleted a post from the country’s president.

After the post was deleted, Nigeria suspended Twitter, claiming the Silicon Valley site was ‘undermining Nigeria’s corporate existence.’ Twitter said it was investigating the ban that was ‘deeply concerning’.

In response to Nigeria’s suspension, Donald Trump released a statement in which he congratulated Nigeria for the move, as well as suggesting he would have done the same with Facebook during his presidency if it wasn’t for Mark Zuckerberg.

‘Congratulations to the country of Nigeria, who just banned Twitter because they banned their President,’ said Trump, in a statement.

‘More COUNTRIES should ban Twitter and Facebook for not allowing free and open speech—all voices should be heard.

‘In the meantime, competitors will emerge and take hold. Who are they to dictate good and evil if they themselves are evil?’

Trump is currently banned from both Twitter and Facebook after both platforms argued his posts were inciting violence in the wake of the US Capitol attack.

Facebook CEO Mark Zuckerberg’s meetings with Donald Trump have been previously reported, but Trump’s allegations that they prevented Facebook being suspended in the US are new.

‘Perhaps I should have done it while I was President. But Zuckerberg kept calling me and coming to the White House for dinner telling me how great I was. 2024?’ Trump added, in his statement.

‘Next time I’m in the White House there will be no more dinners, at his request, with Mark Zuckerberg and his wife. It will be all business!’ Trump said in a statement on June 4th.

Trump has been releasing statements on his own ‘communications platform’ since being banned from Facebook and Twitter, though talks of a fully fledged social media competitor have failed to materialise.

Though Twitter made its ban of Trump permanent, Facebook recently announced its suspension would last for two years, before being reviewed.

Nigerian authorities accused the Silicon Valley platform of being a threat to Nigeria’s ‘corporate existence’ by allowing ‘misinformation’ to spread.

But the ban itself followed the removal of Nigerian president Buhari’s tweet, which contained a suggested threat to supporters of a secessionist movement in the south of the country.

While many see the tweet as the catalyst for the removal, Nigerian government officials said it was not the only reason for Twitter’s ‘temporary’ ban.

Government ministers also alleged the platform was being used by separatist groups to direct attacks against the government ‘consistently and wilfully without consequences.’

Internet service providers and mobile phone operators in Nigera have been reportedly asked to block access to Twitter by the government, and that they will prosecute any companies flouting the ban.

However, many Nigerians, including politicians and media personalities have continued to tweet via Virtual Private Networks (VPNs), which hide your location on the internet and help to bypass firewalls.