President Trump routinely passes along false and misleading information that has been circulating online. On Monday, he appeared to be the one starting it.

Shortly before Justice Ruth Bader Ginsburg died, she made a request about what should happen to her seat on the Supreme Court. “My most fervent wish is that I will not be replaced until a new president is installed,” Justice Ginsburg said, according to NPR, which reported that the 87-year-old justice dictated the note to her granddaughter, Clara Spera, in the final days of her life.

But during a “Fox & Friends” interview on Monday morning, President Trump claimed, without evidence, that Justice Ginsburg’s “dying wish” might actually have been written by a top Democrat like Representative Adam Schiff of California, Senator Chuck Schumer of New York or Speaker Nancy Pelosi of California.

“I don’t know that she said that, or if that was written out by Adam Schiff, and Schumer and Pelosi,” Mr. Trump said. “That came out of the wind. It sounds so beautiful, but that sounds like a Schumer deal, or maybe Pelosi or Shifty Schiff.”

Host: “Ruth Bader Ginsburg — who told her granddaughter on her deathbed allegedly that she, her dying wish was to have the next president choose her successor. How do you think all this plays out?” Trump: “Well, I don’t know that she said that, or was that written out by Adam Schiff —” “It was reported.” “— and Schumer and Pelosi? I would be more inclined to the second, OK? You know that came out of the wind — it sounds so beautiful. But that sounds like a Schumer deal or maybe a Pelosi or, or ‘Shifty Schiff.’ So that came out of the wind. Let’s see. I mean, maybe she did and maybe she didn’t.” 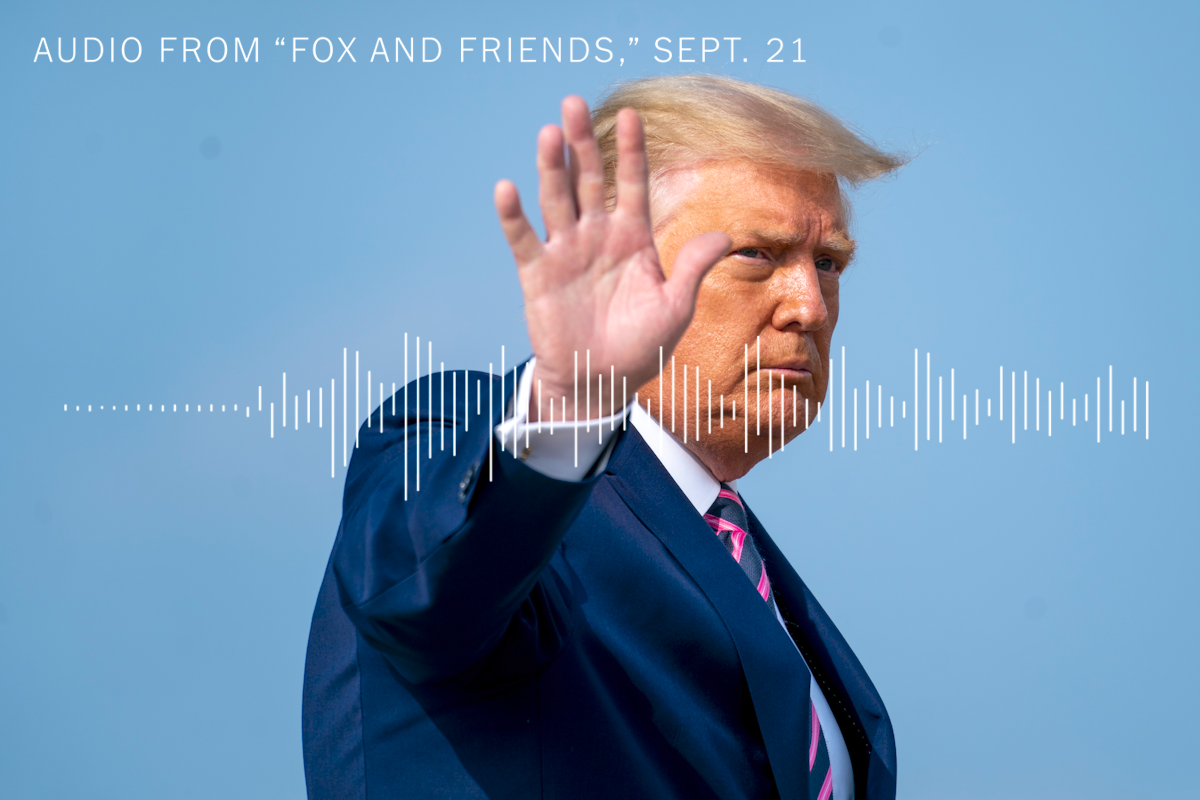 This baseless claim appears to be a Trump original. Questions about the legitimacy of Justice Ginsburg’s “dying wish” were not circulating online in any significant way before his Fox News appearance.

But after the appearance, social media has filled with false claims echoing Mr. Trump’s conspiracy theory, and taking it even further into the land of nonsense. On Twitter, users continued to spread their false claims that Justice Ginsburg dictated the note to her “8-year-old granddaughter.” (Ms. Spera is a lawyer who graduated from Harvard Law School in 2017.) They have cast doubts on the integrity of NPR’s reporting. (Nina Totenberg, the NPR reporter who published the detail about Justice Ginsburg’s last wish, is a longtime Supreme Court reporter who has been close to the Ginsburg family for decades.) And they have sought to portray Democrats spreading false rumors about Justice Ginsburg’s death as part of a political power grab.

In an appearance on MSNBC on Monday, Ms. Totenberg confirmed her account of Justice Ginsburg’s statement, and said that others in the room at the time witnessed her making it, including her doctor. “I checked,” Ms. Totenberg added, “because I’m a reporter.”

Mr. Schiff, one of the congressional Democrats Mr. Trump speculated might have invented Justice Ginsburg’s request, responded on Twitter, saying “Mr. President, this is low. Even for you.”