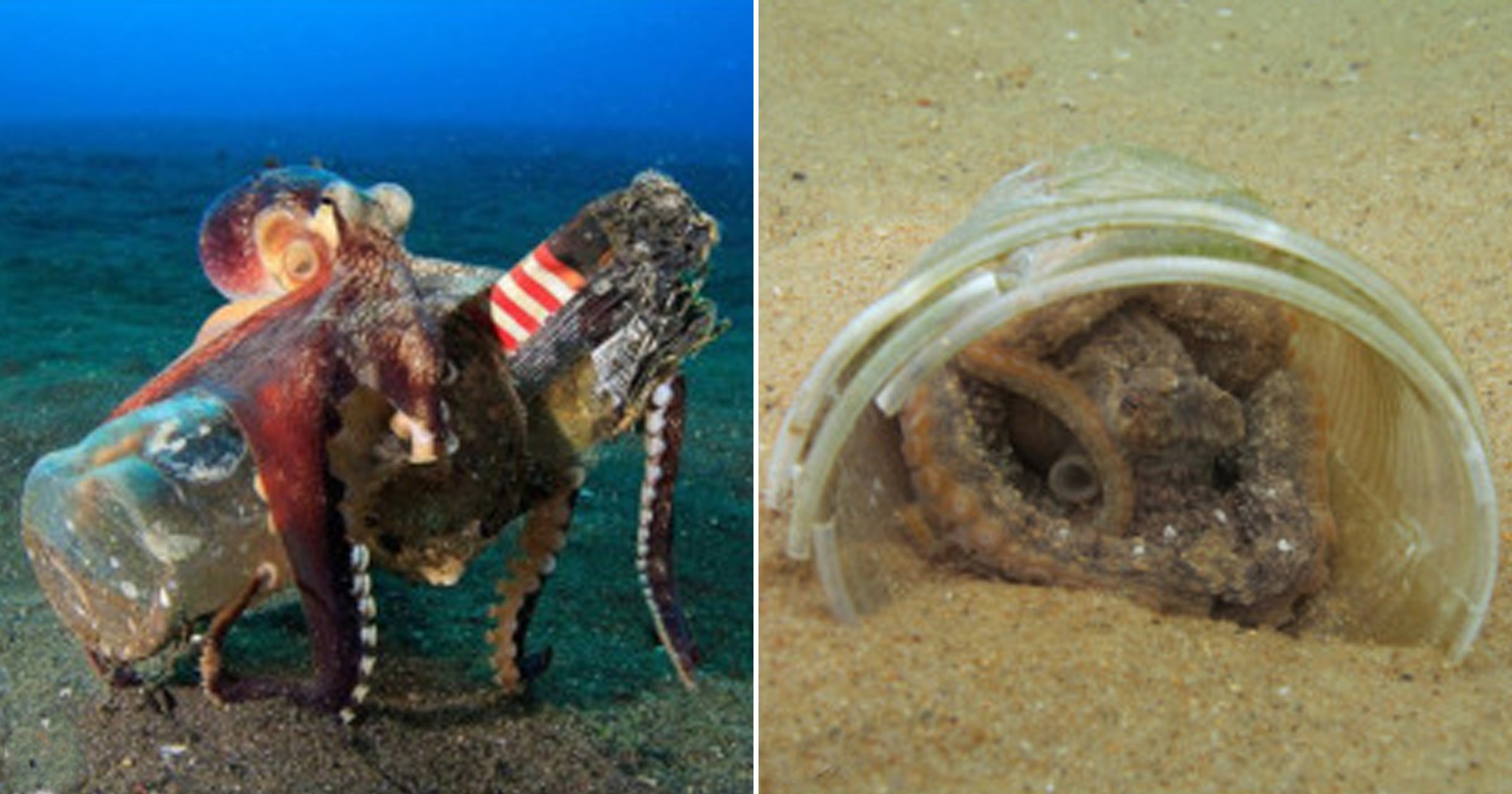 Octopuses on the sea floor are sheltering amidst human waste because it’s now more common than sea shells.

Glass bottles and plastic cups have become so prevalent in our oceans that the creatures living there view them as part of the environment.

Research conducted by scientists in Brazil shows the animals ‘interacting’ with litter in dozens of videos and over 200 pictures.

Typically, an octopus would scour the sea floor for any object to hide in. This allows them to avoid predators and gives them a space to lay their eggs.

But, if they start using our litter, the chemical compounds used in the production of the plastic could prove toxic for them.

‘The use of litter as shelter could have negative implications,’ explained the researchers in their study, which was published in Marine Pollution Bulletin.

‘We aimed to elucidate the interactions of octopuses with marine litter, identifying types of interactions and affected species and regions.’

In total, the team captured direct evidence of 24 different species of octopus interacting with human debris – including beer cans, plastic bottles, a battery and a rusted metal pipe.

The 261 photos were snapped by the scientists themselves and the general public. Some were contributed by divers, while others were taken using remotely operated vehicles (ROVs).

The scientists said the octopuses tended to favour glass litter – perhaps because the smooth texture of glass more closely resembles the inside of a sea shell.

Unfortunately for the octopuses, their environment is being attacked on all sides. Because while humans are dropping more litter into the ocean than ever before, they’re also actively taking away the sea shells.

The researchers warned that shell removal by humans has increased in the past decades for ornamental purposes, driven by tourism.

They say more work needs to be done to assess what the impact is of the octopuses sheltering inside human rubbish.

‘It is possible that the negative impacts of litter on octopuses is underestimated due to the lack of available data, and we therefore emphasise that the problem must be more thoroughly assessed.’