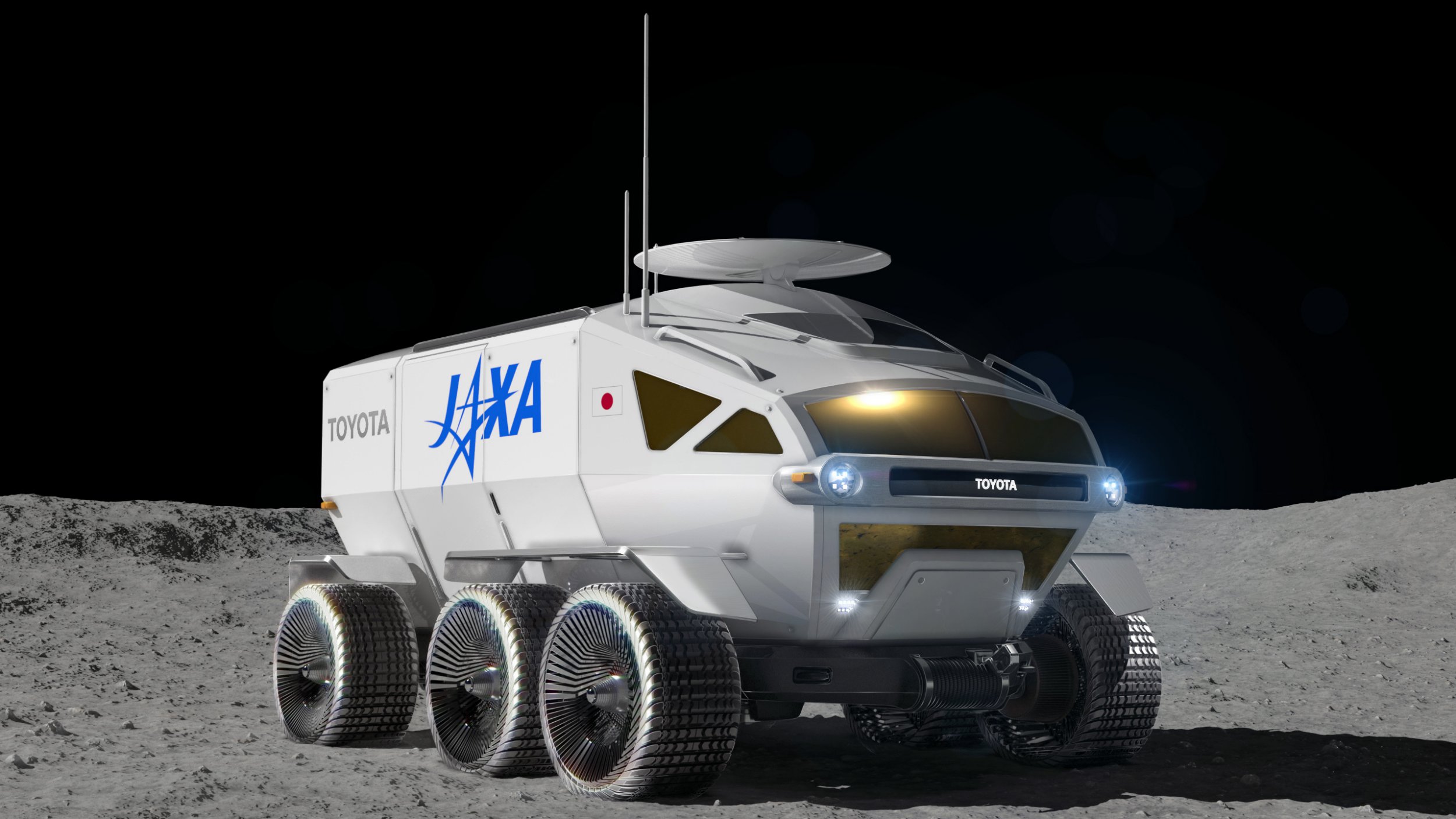 Toyota is working on a new car that’s going to be, quite literally, out of this world.

The carmaker has partnered with Japan’s space agency on a vehicle to that will be sent to explore the moon.

Company officials said they have ambitions to help people live on the moon by 2040 as a stepping stone to human habitation on Mars.

The vehicle being developed with the Japan Aerospace Exploration Agency (JAXA) is called Lunar Cruiser, in a nod to Toyota’s Land Cruiser SUV.

Toyota wants to launch it to the moon in the late 2020s.

The vehicle is based on the idea that people eat, work, sleep and communicate with others safely in cars, and the same can be done in outer space, said Takao Sato, who heads the Lunar Cruiser project at Toyota Motor Corp.

‘We see space as an area for our once-in-a-century transformation. By going to space, we may be able to develop telecommunications and other technology that will prove valuable to human life,’ Sato told the Associated Press news agency.

Another comoany, Gitai Japan Inc, has developed a robotic arm for the Lunar Cruiser that will be used to perform tasks such as inspection and maintenance.

A ‘grapple fixture’ allows the arm’s end to be changed so it can work like different tools, scooping, lifting and sweeping.

Gitai Chief Executive Sho Nakanose said he felt the challenge of blasting off into space has basically been met – but working in space entails big costs and hazards for astronauts.

The six-wheeled, solar-powered vehicle will be designed to transport two astronauts (without their suits on) a distance of 10,000km.

Japanese fascination with the moon has been growing.

A private Japanese venture called ispace Inc. is also working on lunar rovers, landing and orbiting, and is scheduled for a moon landing later this year.

Menwhile, businessman Yusaku Maezawa, who recently took videos of himself floating around in the International Space Station, has booked an orbit around the moon aboard Tesla CEO Elon Musk’s Starship.

The idea for the Lunar Cruiser is that JAXA will send the craft up to the moon on its own first and it’ll be able to automatically travel to meet the astronauts as and when they get up there.

Toyota President Akio Toyoda said: ‘The automotive industry has long done business with the concepts of ‘hometown’ and ‘home country’ largely in mind. However, from now on, in responding to such matters as environmental issues of global scale, the concept of ‘home planet’, from which all of us come, will become a very important concept.

‘Going beyond the frameworks of countries or regions, I believe that our industry, which is constantly thinking about the role it should fulfill, shares the same aspirations of international space exploration.

‘Furthermore, cars are used in all of Earth’s regions, and, in some regions, cars play active roles as partners for making sure that people come back alive. And I think that coming back alive is exactly what is needed in this project.’

‘I am extremely happy that, for this project, expectations have been placed on the thus-far developed durability and driving performance of Toyota vehicles and on our fuel cell environmental technologies.’

Toyota engineer Shinichiro Noda added that he is excited about the lunar project and the moon may provide valuable resources for life on Earth.

‘Sending our cars to the moon is our mission,’ he said.

‘Toyota has vehicles almost everywhere. But this is about taking our cars to somewhere we have never been.’

It should just be pointed out that Toyota isn’t the only car company with extra-terrestrial ambitions. Audi is also building a couple of moon rovers it hopes will also be rolling over the dusty lunar surface one day.