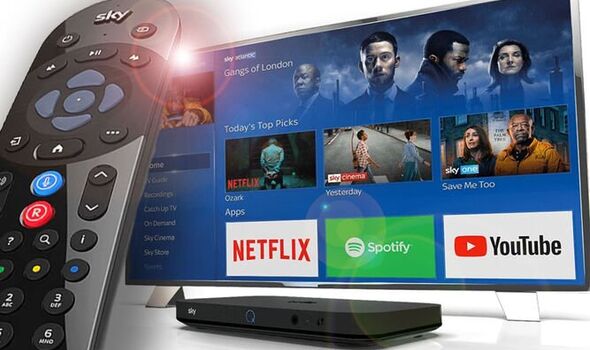 If you’ve been pondering a switch to Sky then now could be a very good time to make the jump. Along with its other best Sky deals, the satellite TV firm has just announced a new offer on its popular Q Lite bundle which not only includes its award-winning set-top box and full access to Freeview channels but also broadband as well.

From today, this package has been cut to just £30 per month which is pretty good value but that’s not all. Sky has also promised to freeze the deal so things won’t go up once it announces the usual increases next year.

If that sounds enticing then here’s what is included.

This bundle includes a Sky Q box which can record multiple channels at once and pause live TV.

There’s also 39Mbps broadband which is fast enough for homes that stream the odd movie, send emails and search the web.

As part of the bundle, there are over 200 Freeview channels including BBC, ITV, Channel 4, Sky Arts, CBS Justice, Yesterday and Sky News. Those wanting more to watch will need to pay an extra £14 per month for access to premium services such as Sky Max, Sky Atlantic and Sky Documentaries.

Considering a standard broadband plan without TV from Sky costs £25 this Q Lite bundle for £30 is good value and with the cost of living crisis ahead, it’s good that those signing up won’t face higher prices for at least 18 months.

YOU CAN FIND THE DEAL HERE

Before you tap the buy button there is one thing to be aware of.

Sky has confirmed that it will offer its latest Stream Puck devices to all customers before the end of the year.

These mini set-top boxes, which until now have only been available with Sky Glass, will bring the full Sky experience to homes without the need for a dish.

Other features found on the Stream Puck include voice controls for quick access to content and control plus this box is fully UHD HD and Dolby Atmos ready which means users will get a pin-sharp image and epic audio when bingeing on content.

There’s currently no word on how much the Stream puck will cost, but Sky Glass starts from £13 for the TV with users then charged £26 for a basic telly package with Netflix. Considering the Stream Puck is simply a streaming box we’d expect prices to be a lot cheaper than the Sky Glass telly but full details will be revealed soon so watch this space.