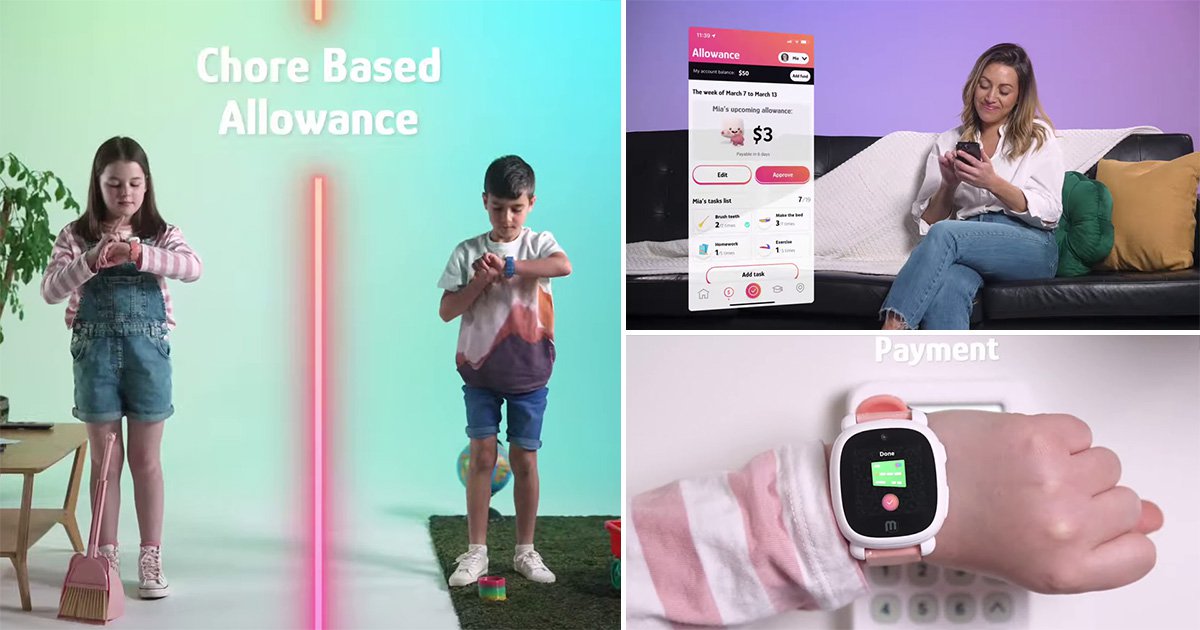 Learning financial literacy is a core skill and early lessons tend to stick with you when it comes to money.

Which is perhaps why a tech startup called Mellow is hoping to produce a money-focused smartwatch for kids.

The Mellow Watch focuses on teaching children aged five to 13 about money and how to spend it responsibly.

The device is set to launch on the crowdfunding site Kickstarter and, despite looking a bit like a toy, actually packs in a lot of smartwatch functionality.

Like the Apple Watch or Samsung Galaxy Watch, it’s possible to make contactless payments with the Mellow Watch. The idea is that parents will supply a daily allowance to the watch and establish some rules for spending.

Any transactions made will show up on the accompanying app on the parent’s phone and if they spend too much, they’ll get notifications telling them to slow down.

As with fitness goals on regular smartwatches, there are similar incentives on the Mellow Watch.

Parents can turn on the Chore-Based Allowance feature that rewards the child with cash for completing chores.

There’s also a Goal-Based Savings feature that utilises daily challenges to get the wearer into a habit of saving money.

Finally, the watch can also function as a phone and has real-time GPS tracking on board so that parents can always contact their kids and know where they are.

Any calls from non-recognised numbers are automatically blocked.

The Kickstarter campaign is due to launch on August 15. Until then, we won’t know how much the Mellow Watch is due to cost or if and when it’ll launch in the UK.