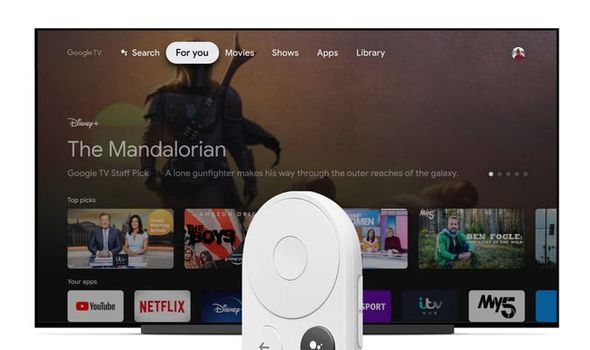 A new leak has hinted Google could have another Chromecast device up its sleeve. The Chromecast with Google TV dongle first launched last year, bringing with it a huge upgrade for longtime Chromecast fans. The latest Google streaming device was a complete reinvention for Chromecast, boasting a sleek new UI, a remote control and a great selection of apps to download.

If you’re looking to upgrade your smart TV setup then the Chromecast with Google TV can be picked up for £59.99 in the UK.

However, if you were thinking of purchasing Google’s latest and greatest streaming device you may want to wait a little longer.

That’s because the Mountain View firm could have another Chromecast device up its sleeve.

As reported by Notebookcheck, in the run-up to the next major Google event the tech giant has had a new product certified by the Federal Communications Commission (FCC).

This mysterious product has been labelled Google GJQ9T, and is described as a ‘Wireless Streaming Device’ which has Bluetooth and dual-band Wi-Fi connectivity.

Apart from this, not much else is known about the device but it’s been speculated it could be a new Chromecast streaming dongle, and possibly a successor to the Chromecast Ultra.

It’s thought the FCC mention of a single USB port for 5V charging for the mysterious product is a sign it could be a new Chromecast Ultra.

If Google is reviving the Chromecast Ultra, it remains to be seen what the main selling point will be.

Previously the big difference between the Chromecast Ultra and the regular Chromecast was 4K support.

But the Chromecast with Google TV is capable of streaming in video qualities up to 4K HDR.

If Google does have a new Chromecast in the works then it could launch alongside the Pixel 6 later this year.

Google surprised everyone when it officially unveiled the Pixel 6 and Pixel 6 Pro at the start of this month.

So it remains to be seen if Google will still hold its typical September Pixel event, where a new Chromecast could also be unveiled.