WhatsApp might be the most popular chat app on the planet but it continues to lack one vital and sought-after feature. Whilst its rivals, such as Facebook Messenger, now offer a dark theme there’s no such mode available for users of WhatsApp…but that might be about to change.

Rumours of a WhatsApp dark mode release have been rattling around the web for months but nothing official has been announced.

However, there was good news for Android users with the launch of the beta version of dark mode being released to testers. This update was pushed out last month and now it seems the same update has just launched on the iPhone – meaning those who have signed up to test out new features can access this setting on Apple devices.

According to MacRumours, this update was released late last week although no further details have been revealed about how it looks once enabled.

With both Android and iPhone beta testers now appearing to have this upgrade on their devices it can’t be long until an official version is pushed out to the billions of people who access this messaging service every day. 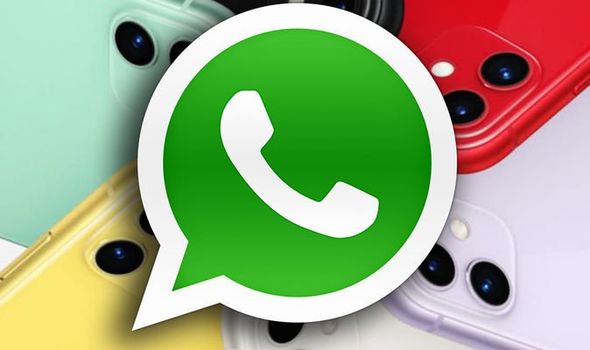 Dark mode should make the app a little easier on the eyes when chatting at night and there may also be some gains to battery life.

Although that might sound like exciting news there is one thing to be wary of. Some early users of dark mode haven’t exactly been showering it with praise.

Reddit and Twitter are both full of people moaning about the way dark mode looks once installed on devices with one saying: “Why is WhatsApp Android’s new dark mode so ugly? It is just horrible compared to all other dark modes, and it doesn’t have an AMOLED dark mode option.”

Agreeing, another user added: “I was about to post the same thing. It’s so damn ugly!”

It’s not just the general public who are criticising this latest change with the team at TechRadar also highlighting issues with the design.

As noted by the technology website, the fact WhatsApp has used a darkish green background rather than black means those with AMOLED displays on their phones won’t get the full benefit of dark mode – including saving battery.

It’s unclear if the beta test will be exactly how final version actually looks or if WhatsApp may change things before an official launch.

Expect more news on dark mode in the coming weeks as this upgrade looks like it’s coming soon.