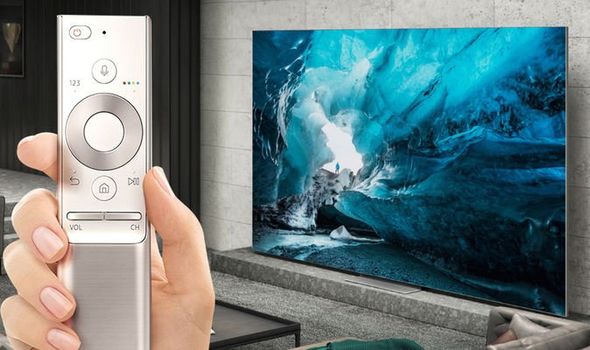 Samsung’s impressive MicroLED technology was first switched on back in 2018 with the Korean firm unveiling these screens as part of their giant “The Wall” displays. When they originally launched, Samsung pitched the concept for corporate clients and the super-rich who wanted to fill huge areas with a pin-sharp viewing experience.

And now, it appears Samsung is ready to bring MicroLED to more homes as the company announced that it will be using these cutting-edge panels in smaller screens sometime later this year. TV fans will be able to buy MicroLED televisions in three sizes – 110”, 101” and 89” – with Samsung promising that they will offer a “best-in-class picture quality”.

That’s all thanks to 25 million micrometer-sized LEDs that can work together to push light through the pixels in the screen. It’s similar to impressive OLED screens, in which the individual pixels themselves emit light. MicroLED technology tries to achieve a similar granular control of each pixel – reducing the grey-ish blacks found on standard LED panels. Where MicroLED improves on OLED is the ability to reach a higher peak brightness without the screen ever degrading or suffering from burn-in.

According to Samsung, this next-generation panel system is capable of “creating an incredibly immersive experience through impressive depth, vibrant colours and a heightened level of clarity and contrast.”

It certainly sounds impressive, but it seems consumers will definitely pay a heavy price if they fancy installing one on their living room wall. The latest rumours, spotted by the team at SamMobile, suggest that the smaller 88-inch model will start from a whopping $80,000 (£60,000). Yes, that’s the “starts from” price tag that’s supposed to draw you in!

Anyone who wants to own a larger 110-inch version could see over $100,000 being whipped from their bank account. If that all sounds like too much for the credit card to cope with, then don’t panic.

Along with these new MicroLED screens Samsung has also announced the release of another device called the Freestyle. This mini projector is powerful enough to create an image up to 100 inches in size which should be perfect for anyone wanting a cinema-style experience without buying a supersized telly.

The Freestyle also includes some nifty tricks including a special cradle that allows it to rotate up to 180 degrees – enabling users to show high-quality videos on tables, floors, walls or even ceilings.

There’s also an autofocus feature so you won’t have to fiddle with any settings to get crystal clear content and auto-levelling is included so things won’t appear wonky. Samsung has made sure this device will be simple to use and it even comes with streaming apps built-in so you’ll be able to watch Netflix and Disney+ without needing a smartphone or tablet.

And that’s not all as this device can also be turned into a smart speaker or smart ambient light to add some different moods and music to your rooms. The Freestyle is available to pre-order now and costs £999.