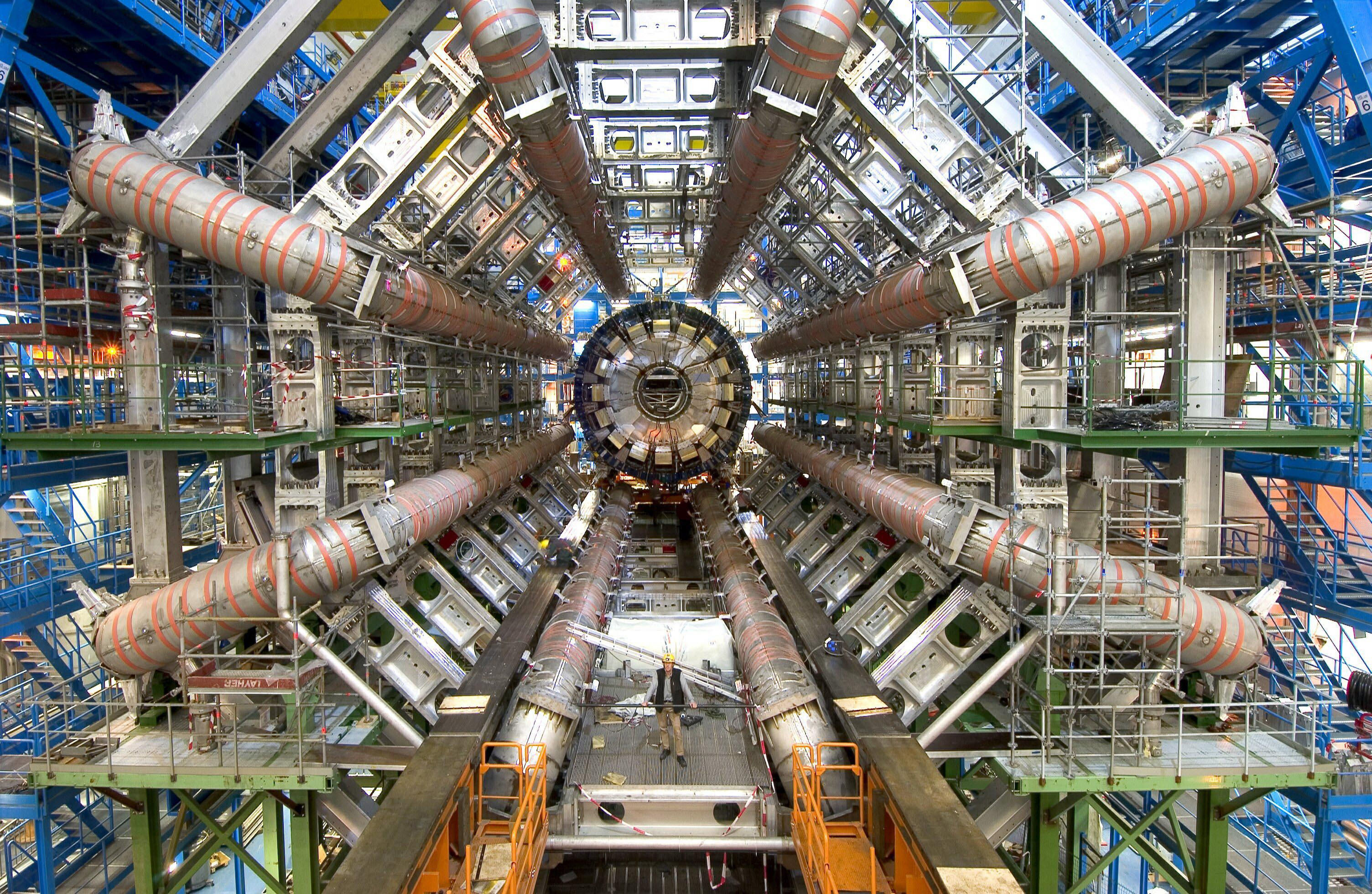 Scientists have discovered three types of particles – which include two four-quark combinations, known as tetraquarks, plus a five-quark unit called a pentaquark

On Tuesday, the findings were presented at a CERN seminar, adding three new exotic members to the growing list of new hadrons found at the LHC.

The discovery will help physicists better understand how quarks bind together into these composite particles.

Gianotti said the LHC’s scientists expect to collect as much data during this run as they collected over the course of 13 years during the collider’s previous two runs.

‘This, of course, will increase our opportunities for discovery or for understanding the fundamental laws of the Universe,’ she said.

Quarks are elementary particles and come in six flavours: up, down, charm, strange, top and bottom. They usually combine together in groups of twos and threes to form hadrons such as the protons and neutrons that make up atoms.

Sometimes quarks can also combine into four-quark and five-quark particles, or ‘tetraquarks’ and ‘pentaquarks’. These were predicted by theorists about six decades ago, but only relatively recently, in the past 20 years, have they been observed by LHC and other experiments.

What is a quark?

A quark is a type of particle and a fundamental constituent of matter.

Quarks combine to form composite particles called hadrons, the most stable of which are protons and neutrons which make up atoms.

All commonly observable matter is composed of up quarks, down quarks and electrons.

The recent discovery includes new kinds of exotic hadrons with the first kind, a pentaquark made up of a charm quark and a charm antiquark and an up, a down and a strange quark – the first contained by a pentaquark.

Most of the exotic hadrons discovered in the past two decades have been tetraquarks or pentaquarks containing a charm quark and a charm antiquark, with the remaining two or three quarks being an up, down or strange quark or their antiquarks.

Last year, the first-ever instance of a ‘double open-charm’ tetraquark with two charm quarks and an up and a down antiquark was discovered. Open charm means that the particle contains a charm quark without an equivalent antiquark.