The U.S. Army has dramatically increased the range of its howitzer guns, setting a new distance record.

In a new test, the Extended Range Cannon Artillery (ERCA) gun fired a precision-guided shell to a range of 43 miles, or enough to shell Washington D.C. from Baltimore. The Army says the gun now holds the world record for precision strikes … but a new Russian howitzer could soon challenge that.

The Army conducted the test, according to Defense News, at Yuma Proving Ground in Arizona, firing an M109A7 Paladin Integrated Management (PIM) howitzer fitted with a longer, 58-caliber gun. (In field artillery, “caliber” refers to the length of the gun barrel and not the diameter of the bore. The 155-millimeter diameter of the barrel is multiplied by 58 to determine the overall length of the barrel, or 29.49 feet.) A longer barrel allows expanding gases triggered by the shell powder to act upon the projectile for a greater period of time, increasing velocity. 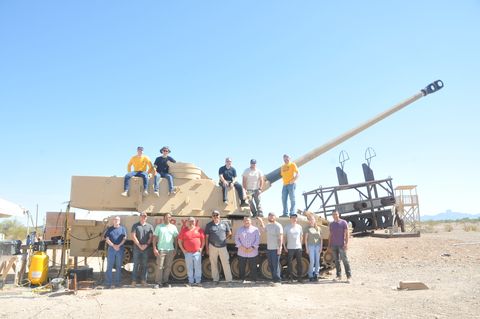 The other half of ERCA is a new “supercharged” propellant formulation designed to increase pressure inside the barrel.

The two new technologies combined to allow the Army to fire a GPS-guided “Excalibur” artillery round to a total of 43 miles. The ERCA test involved firing three rounds; one missed due to high winds, and the second missed due to a hardware failure. The third, however, hit the target. 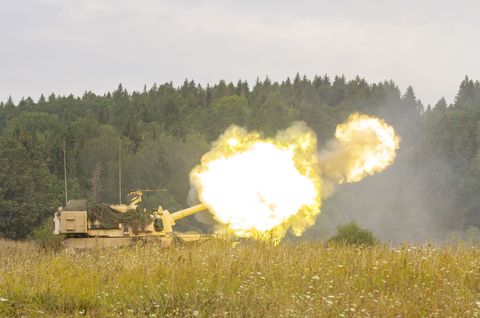 ERCA nearly doubles the range of existing Army howitzers. According to the Army, the existing M109A7 Paladin self-propelled howitzer can send Excalibur rounds to 39.3 kilometers (24.4 miles), which ERCA can now lob to 43 miles.

Excalibur is a Raytheon-developed shell with jam-resistant GPS, guidance fins, and a unitary high explosive warhead. First fielded in the early 2010s, new versions of Excalibur can strike a target within 2 meters. 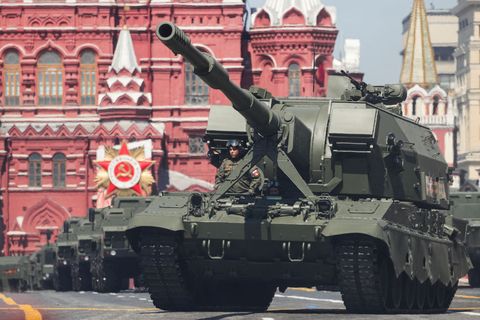 ERCA may already have a challenger: the Russian 2S35 “Koalitsiya” (“Coalition”) 152-millimeter self-propelled howitzer. Similar to the M109A7, the 2S35 is reported to have a range between 40 and 80 kilometers.

The high end of that estimate would make it a longer range weapon than ERCA, though it’s not clear if that range involves the use of precision-guided shells.

In March 2020, the Russian newspaper Izvestia reported the country was developing a new rocket artillery shell that would give the 2S35 and the older 2S19 howitzer a range greater than 100 kilometers.