NEW YORK/SEOUL (Reuters) – Convinced of Tesla Inc’s (TSLA.O) imminent meteoric rise, Orestis Palampougioukis, a Netherlands-based software developer, took out a 43,000 euro ($49,000) loan in early October to invest it all in the electric carmaker, which at the time was trading at around $230 a share. 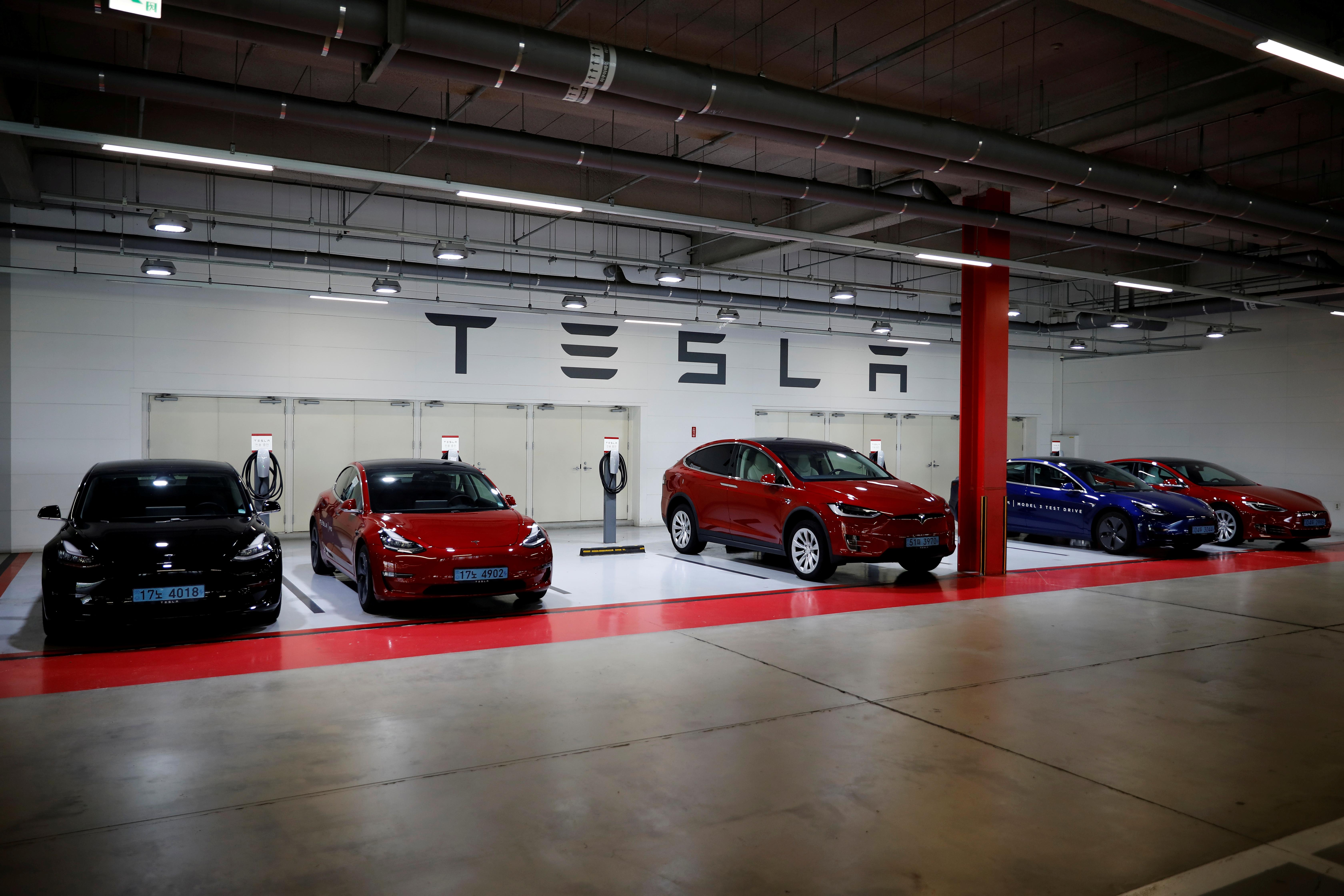 Since then, Palampougioukis’ bet has paid off as Tesla’s share price has increased more than six-fold, trading around $1,500 on Monday and surpassing every rival to become the world’s highest-valued automaker. After investing an additional 14,000 euros in personal funds, he has pocketed around 10,000 euros in profit to date, even when accounting for the 7% interest he pays the bank.

“To me it didn’t feel like a bet because I studied what Tesla does very closely and it’s simply inevitable that it would dominate,” Palampougioukis said, adding that he plans to own the shares for decades.

He is not alone. Retail investors around the world, staunch believers in the company’s mission to lead the auto industry into a battery-powered future, have invested their personal money, and at times their parents’ retirement funds, in Tesla and reaped handsome rewards. (Graphic: tmsnrt.rs/39bu0lO)

Tesla reports second-quarter results on Wednesday after the close of trading. While analysts polled by Refinitiv on average expect the company to report a loss, a surprisingly strong vehicle delivery report boosted hopes among many retail investors for a profitable quarter.

Discussions about Tesla on online retail investor forums have surged, with users debating whether to hold their shares in hopes of even higher returns or cash out. (Graphic: tmsnrt.rs/3jmlmWr)

While the total number of Tesla retail investors is not known, around 75% of the company’s stock is owned by large institutional investors and Tesla executives, including Chief Executive Elon Musk, according to Refinitiv data.

Tesla shares are among the most popular on U.S. retail investor platforms, such as Robinhood Markets Inc and TD Ameritrade (AMTD.O). The number of users holding Tesla stock on the Robinhood trading app increased more than 400% from the first two weeks of July 2018 to the same point this year, according to data from Robintrack.net, which compiles data on the investing platform.

In South Korea, where Tesla has become the latest craze among tech-savvy professionals, the company is the most-traded overseas stock, with Koreans buying $3.2 billion worth of Tesla shares so far this year, up nearly 13-fold from all of 2019.

Choi Jong-wan, the former head of Korea’s Tesla owners’ club, borrowed money to invest in Tesla after the company unveiled its Model 3 in 2016. He also bought Tesla stock for his seven-year-old son, taking advantage of Korean inheritance tax breaks.

Choi, who bought a Model S, said the company’s shares are supported by its many fans buying stock. Convinced of Musk’s vision, Choi bought when Tesla shares tanked in the past.

“I am getting more confident about Tesla,” he said. “I will sell Tesla stock when other automakers introduce better electric cars than Tesla at competitive prices.”

Some investors have invested their stock proceeds in the company by buying its vehicles. David, a marketing specialist from Oakland, California, who asked that his last name not be used, bought a Tesla Model 3 last August after selling some of his Tesla shares.

He bought his first Tesla shares for a couple of hundred dollars right out of college in 2010. The company had just listed publicly, with the shares trading around $29.

David has since invested about another $40,000 and currently holds 180 shares.

“Tesla has treated me well so far. I believe in their vision and I believe in Elon Musk,” he said. “But the house we bought needs a new roof and I’m thinking to just sell a few shares to pay for that.”

Musk’s own net worth has soared even higher thanks to the latest share price rally. The outspoken Tesla boss is within reach of another share-based payday potentially worth as much as $2 billion. Including previously vested tranches, Musk would own options for about $4 billion worth of Tesla shares.