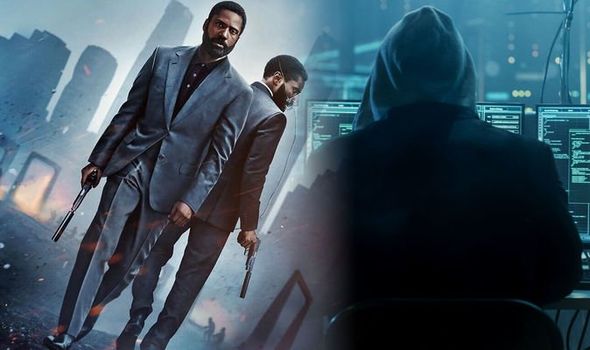 Tenet is the latest offering from acclaimed director Christopher Nolan, and it’s the big summer blockbuster hoping to draw us back into the cinemas. Originally pencilled in for a July release, Tenet hit movie theatres around the world last week and despite the coronavirus crisis has managed to pull in more than $50million internationally. But those who aren’t ready to head back to the cinemas just yet – or are looking to illegally pirate Tenet and watch it online for free – have been turning to torrent sites or trying to find free watch online streams.

Thousands of people have already headed to sites such as The Pirate Bay to download what they think are Tenet torrents.

However, as revealed in a post by TorrentFreak these downloads don’t offer a crisp copy of The Dark Knight director’s latest which you can watch at home.

Instead, thousands of these Tenet torrents are merely fake downloads – with some that have been analysed simply displaying a still image directing users to a readme file.

If you manage to get that though you’re getting off lightly, as the risk with these fake torrents is they can often include malware, viruses or worse.

Explaining the risk, TorrentFreak said: “Most torrent sites and other download portals have plenty of Tenet copies.

“Or at least, that’s what uploaders lead users to believe. This includes The Pirate Bay, which faces a moderation backlog, by the looks of it.

“Most seasoned pirates will know how to avoid these fake torrents. That said, major titles such as Tenet often attract the attention of many novice users too, who will undoubtedly be disappointed. And not just because they can’t see the film.

“These suspicious releases can lead to all sorts of malware, viruses, and worse.”

These Tenet torrents haven’t gone unnoticed though, with distributor Warner Bros in the process of sending out takedown notices to URLs that are allegedly hositng pirated copies of Tenet.

These links often point to fake files, but nonetheless the entertainment giant are hot on the heels of pirates trying to spread alleged Tenet torrents.

In the run-up to the Tenet opening one anti-piracy expert, who chose to remain anonymous, said in an interview with Variety that the film’s release marked a “perfect storm” for pirates.

The expert said: “In some ways ‘Tenet’ is a perfect storm for piracy, in that it has raised expectations, both about the film itself and the cinema experience,.

“Also, it has limited availability and suffers from a staggered release.”

So far Tenet has been released in 41 markets around the world, including the US and UK.

At the time of writing Tenet has a 70 percent Metacritic rating and an 82 percent Rotten Tomatoes score.