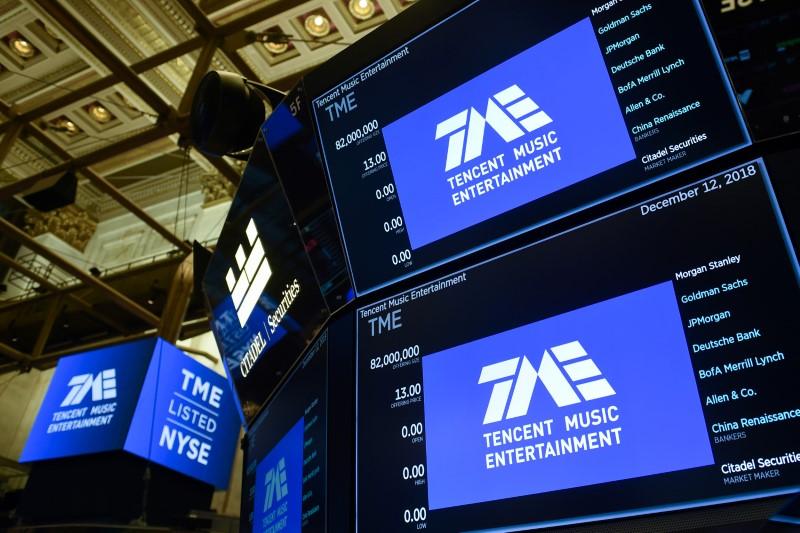 (Reuters) – China’s Tencent Music Entertainment Group (TME) (TME.N) said on Monday its quarterly revenue leaped 18%, beating Wall Street estimates, as it put more music for streaming behind its paywall and grew its paid subscriber base by more than half.

The strong performance comes amid a growing rift between Beijing and Washington that has overshadowed Chinese firms in the United States. Shares rose 2.4% in extended trade after it said second-quarter revenue grew to 6.93 billion yuan ($997 million).

Asked whether TME had a plan to deal with a recommendation from President Donald Trump’s administration over auditing U.S.-listed Chinese firms, Chief Strategy Officer Tony Yip told analysts in a briefing that it was “premature” to speculate over a potential delisting.

For the quarter ended June 30, TME said paid users of its online music service rose 52% to 47.1 million, the fastest quarter on record according to TME. Net income attributable to shareholders rose 1.3% to 939 million yuan ($135 million) from 927 million yuan a year earlier.

The company has signed multiple partnerships with international and domestic music labels to expand its premium user base. On Monday, it also extended its multi-year licensing agreement with music company Universal Music Group (UMG), home to Taylor Swift and The Beatles, while also announcing a new joint venture music label.

Unlike Spotify, TME generates only a part of its revenue from music subscription packages and relies heavily on services popular in China such as online karaoke and live streaming.