MILAN (Reuters) – Telecom Italia (TIM) should seek a way to keep control of its fixed-line network if it is merged with smaller infrastructure provider Open Fiber, the former phone monopoly’s chief executive said on Tuesday. 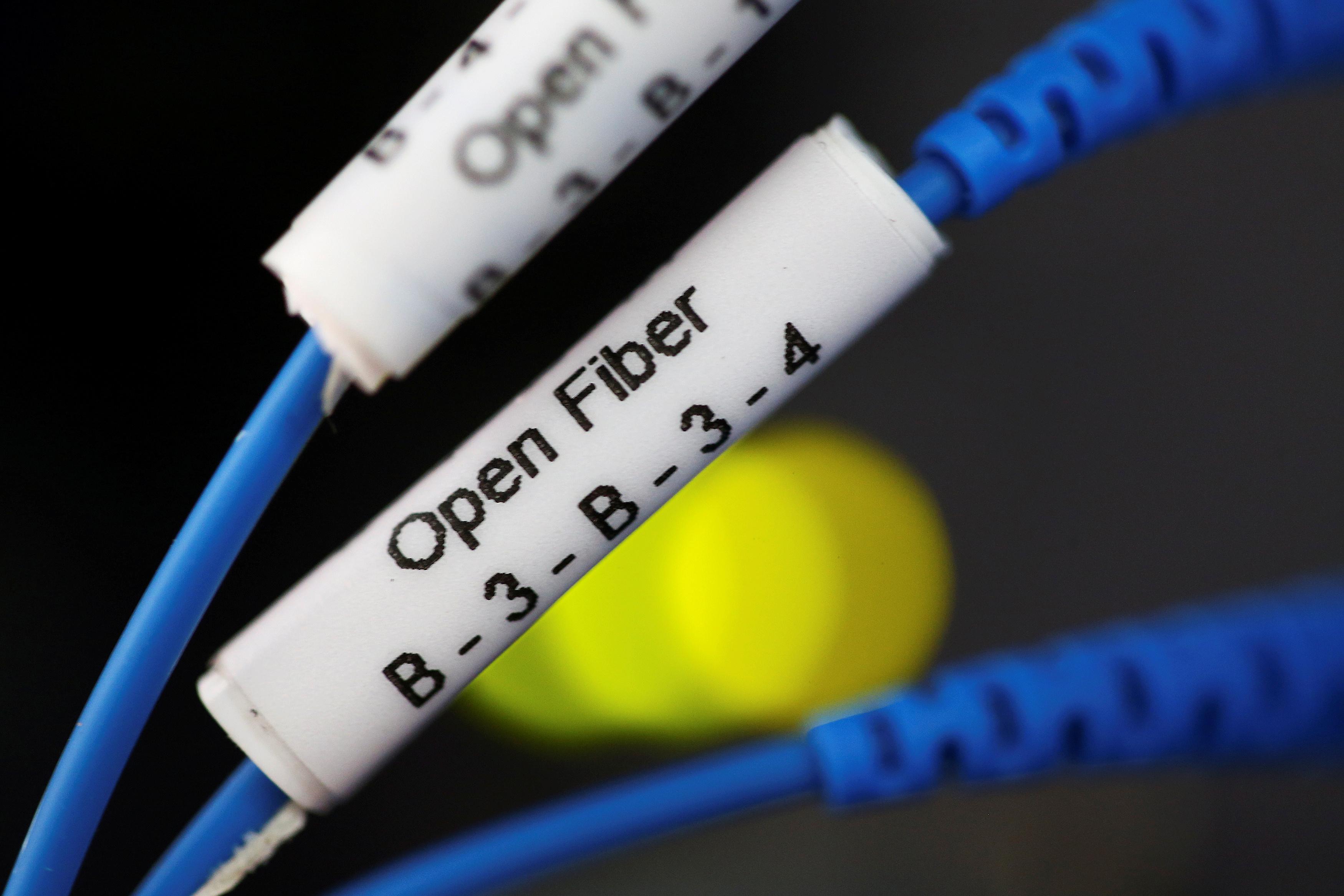 Italy has been pushing for the creation of a single ultrafast broadband operator through a merger of TIM’s network with Open Fiber to avoid duplicating investments.

The future of TIM’s network has been a bone of contention among the group’s biggest investors.

Activist fund Elliott, which last year wrestled control of TIM’s board from French media giant Vivendi, has called for a spin-off of the company’s fixed-line network while looking to keep between 25% and 75% of the asset.

Vivendi, which controls a 23.9% stake and could block any deal, opposes losing control of the network.

Open Fiber is co-owned by Italy’s biggest utility Enel and state lender CDP, which recently built a stake of almost 10% in TIM to become its second-largest shareholder.

Maintaining some sort of control would be the “best solution”, Gubitosi said in a conference call with analysts on Tuesday.

“There are different ways of keeping control,” he said without elaborating but added that issues including valuations still needed to be discussed with shareholders and the board.

“We don’t think there’s anything that could not be solved”, he told analysts.

A complete assessment of folding Open Fiber into Telecom Italia would be wrapped up next month and would be examined by two company board meetings scheduled on June 27 and August 1, the CEO said.

Shares in Telecom Italia rose more than 4% on Tuesday as the company reported adjusted net debt of 25.1 billion euros ($28 billion) at the end of March, down 1.8% year on year.

Core earnings fell 2.1% to 1.83 billion euros after a 9.9% drop in the previous quarter. That compared with a consensus forecast of 1.794 billion euros.

“Results are broadly in line to slightly ahead; net debt progress is encouraging,” Berenberg said in a note.