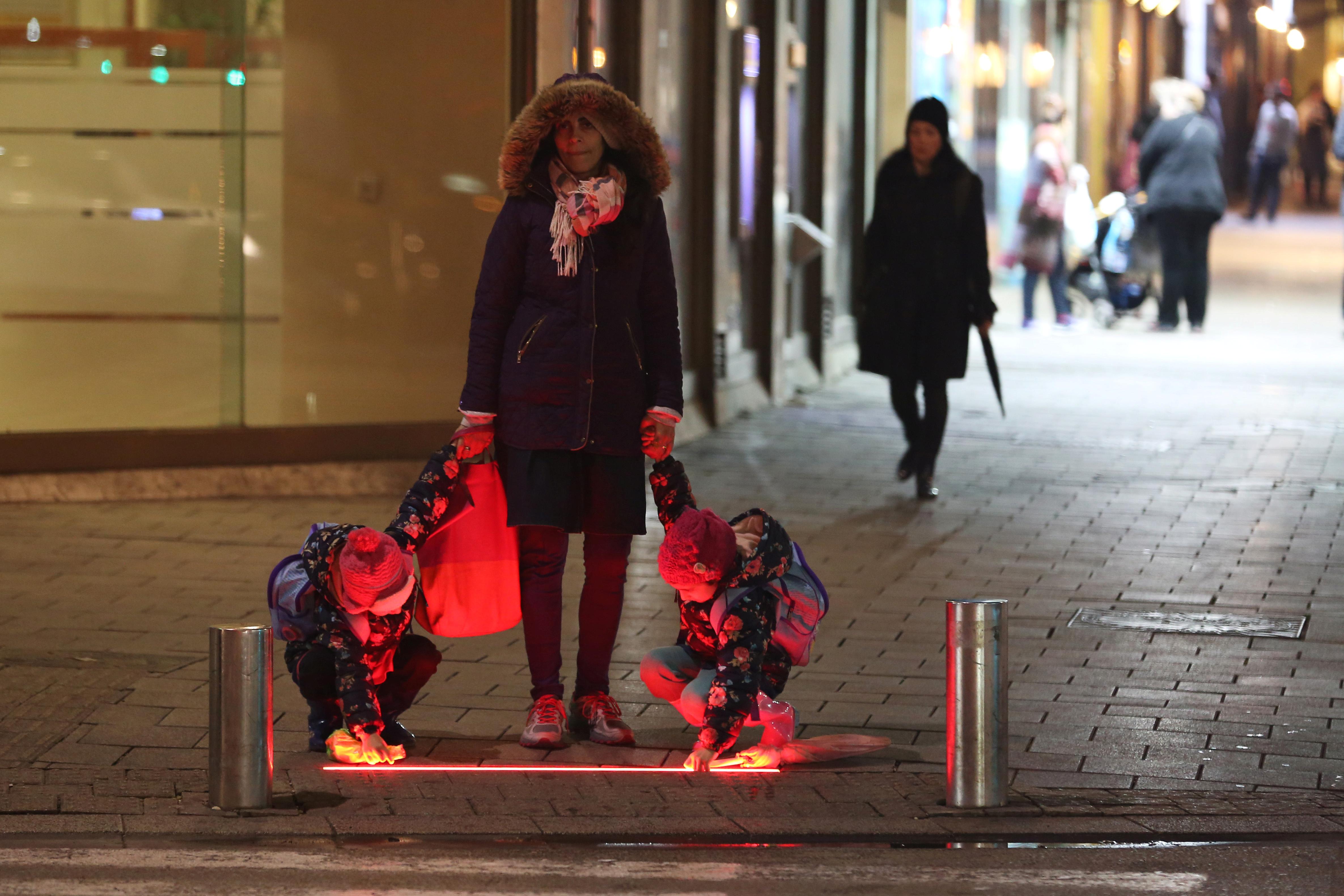 Tel Aviv has placed ground-level LED lightstrips, which turn red and green, at a central crosswalk, hoping to catch the attention of pedestrians so engrossed in their mobile devices that they don’t look up before stepping into the road.

Similar trials have been carried out in Singapore, Australia and Germany.

But Alex Shneider, a 32-year-old biologist who crossed the intersection on green while looking at his phone, said he never saw the signal.

“I was too occupied on the phone itself and I wasn’t paying attention to the light,” he said – after nearly bumping into a Reuters TV cameraman filming at the junction.